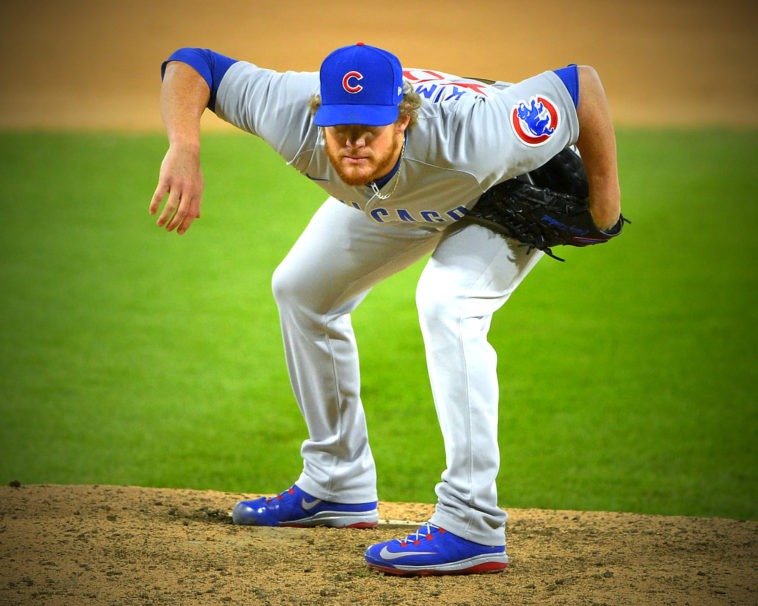 After an eventful-enough MLB Trade Deadline eve yesterday, it appeared the Sox still had some bullets left in the tank for a big fish acquisition.  After less than a day of waiting, the big fish has arrived on the South Side of Chicago, and his name is Craig Kimbrel.

Just like that, the best closer on the market, and arguably in baseball in 2021, is now pairing with the likes of Liam Hendriks and Michael Kopech in the White Sox bullpen.  Let that sink in.

Obviously, the loss of Nick Madrigal is a tough one, given his place in the organization since the 2018 MLB Draft.  However, I’ll focus on the return first, to keep the good vibes flowing before getting into that.  Onwards!

There really isn’t much that needs to be said about what Craig Kimbrel brings to the White Sox.  Outside of the very-weird-in-retrospect, hopefully in the rearview mirror dregs of late 2018-2020, Kimbrel has been one of the most dominant closers in the game.

He’s never struck out less than 13 guys per 9 innings, has over 370 career saves, and he’s on pace for an almost 3 fWAR season as a closer.  If that doesn’t give the track record of Craig Kimbrel, then the following should.  In 2021, here’s where Kimbrel ranks among MLB relievers (for those that qualify):

From the desk of my co-pilot of my Shoeless Goat Podcast, Nick Anton, Kimbrel has been a Top 10 guy in baseball in shutdown percentage from back in May.  He’s striking out nearly half of the batters he’s facing, giving up very little extra base hits, limiting barrels, and missing more bats than almost anyone in baseball in 2021.

When you put it in the context of all time, Kimbrel is 9th all time in saves at 371, and second in K/9 among relievers at 14.66.  Dominance, simply put.  Fastball, curveball, batter sits down.

Now comes the fun part.  When you combine that dominance with the rest of the high powered Sox bullpen – Michael Kopech, Liam Hendriks, Aaron Bummer (hopefully), and Ryan Tepera, it’s even more impressive what this trade means. The waterfall effect will be huge in October.

Now, you can throw out a top closer in baseball to fireman the ballgame in virtually any situation, and still have another left for the ninth. Both Kimbrel and Hendriks are top-shelf closers, so the need for a designation is gone.  Not many teams in baseball can say that.

… and now, both for the Chicago White Sox. ? pic.twitter.com/w2ATtC8uMx

You can deploy a guy like Michael Kopech or Garrett Crochet as a high-powered, multi-inning weapon instead of having to save them for late innings.  If you can get Aaron Bummer back to his 2019-20 form, watch the hell out.  The starters just need to get the game to the 5th or 6th (theoretically), and the game is in secure hands.

Regardless of how you feel about Tony La Russa’s bullpen management, it’ll be hard for this cast of fireballers to not play come October.  The bullpen that was a weakness of the team about 36 hours ago is now one of the best in baseball, which is incredible.  Not even to mention that assuming the White Sox pick up Kimbrel’s option, this bullpen is intact (depending on what role Kopech and Crochet play) in 2022 as well.

Nick Madrigal is a Tough, But Entirely Worthwhile Piece to Give Up

Now for the less fun part.  Nick Madrigal is a great player to have, and I truly think he’ll be a solid MLB player for a long, long time.  His contact skills will play for a long time, and if he can develop any power or more plate discipline, he’s going to be an offensive weapon.  Everything I wrote about him from when he got called up still rings true.

Going to a Cubs team that has needed contact guys badly, I think the following from my original piece sums up who Madrigal is, right now, and what he now brings to the Cubs:

Clearly, Nick Madrigal isn’t a power threat.  Assuming he can make the adjustment to big league pitching, he’s going to at the very least spray the ball around the field.  He won’t walk a lot, but he won’t strike out a lot.  In the nine slot of a roster full of feast or famine type hitters that seem to flex their power all at once or go cold all at once, having Madrigal pester a pitcher in the nine slot before the lineup gets racked up again will be a great benefit.

He isn’t going to hit 20 homers, but if he can hit around .280-.300 with a low strikeout rate and make some noise on the basepaths, he’ll be able to inject a skillset into this lineup that it’s missing.  When the rest of the lineup goes cold, Madrigal is the type of player who can stir the drink.

I’ll miss him, but the ceiling (barring a development of power), just isn’t the same as almost anyone else on the White Sox roster.  With Cesar Hernandez under team control through 2022, you have second base covered for this year and next, and guys that could factor into second base a few years behind.  Madrigal wasn’t going to be around to help this year, so now you use him to get a deadly closer and go for it.  You can figure out second base for the long haul after 2022.

The injuries Madrigal has had so far are scary, but in my opinion it’s too early to designate him as an injury prone guy, only time will tell and I hope he becomes the best player he can.  Codi Heuer is a fun piece too, and a developmental win for the Sox, but with Kimbrel now he’s expendable in the 2021 and 2022 White Sox bullpen.

The fact of the matter is, the White Sox have an opportunity in 2021 that doesn’t come often – a virtually unchallenged pathway into October, where you have time to get the team healthy and build up a roster strictly for the playoffs.

With that in mind, the trade for Kimbrel is more than worth it, it’s necessary to build a contender.  The Sox have a golden opportunity to seize, and they’ve truly done it with this trade deadline.  Rick Hahn summed that up about as well as you could:

Rick Hahn statement as the Kimbrel for Madrigal and Heuer swap is made official pic.twitter.com/NDBAP1ivmo

Now, the only thing left to do is go out and win the damn World Series.  The loss of Madrigal and Heuer is unfortunate, but it’s a chance you take when you’re gunning for the ultimate prize.  As Cubs fans will tell you, acquiring a lockdown closer that gives you a World Series is worth it every time.  This is the type of move the big boys make, and the White Sox are here.