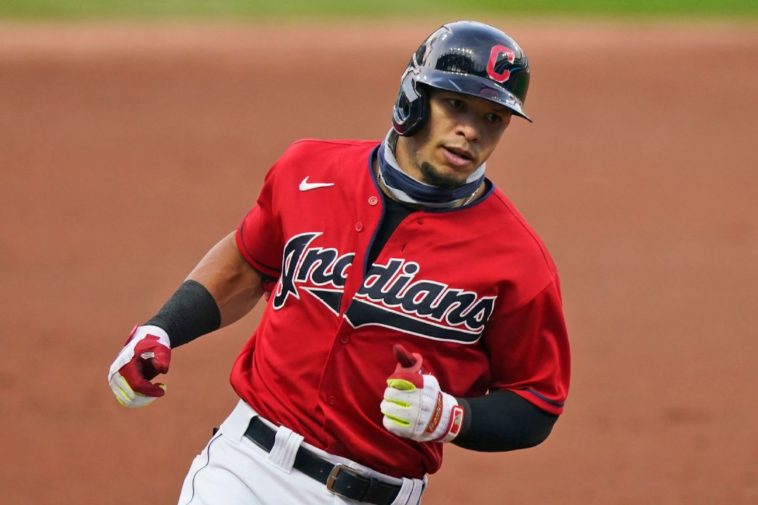 While the trade deadline at first seemed like one the White Sox may sit out, the team has finally struck, acquiring Cesar Hernandez from the Indians and Ryan Tepera from the Cubs with a day to spare.  The fear of inaction passed, and these moves were necessary. Rick Hahn and co. delivered on that, so kudos to them for that.  Unlike last year, we have more than a pinch runner coming to town.

Both of these moves are critical moves for the 2021 White Sox and their playoff chances.  With the Sox sitting pretty in a non-competitive division (where the team trailing them just traded them their lead off guy for pennies, for God’s sake), these moves are both clearly geared towards October.  Before summing up the implications as a whole, it’s important to look at the Hernandez and Tepera moves by themselves, so here we go.

The #WhiteSox have acquired infielder César Hernández from the Cleveland Indians in exchange for left-handed pitcher Konnor Pilkington. pic.twitter.com/ymoQFWzM03

Simply put, Cesar Hernandez gives the Sox a legitimate second baseman for the stretch run.  While he doesn’t have the name brand of a Javy Baez, Trevor Story, or even Eduardo Escobar type, Hernandez gives the White Sox exactly what they need.  Nothing more (perhaps to the angst of some), and nothing less. Given the whirlwind that position has seen this season, this is a big addition.

For a quick rundown:

He’s a known quantity, a switch hitting second baseman that will give you solid pop for the position, someone with a track record of solid offensive production right around the league average (give or take) for 6 years now.

With a steady glove and a 25-ish home run threat at second base, the Sox can shift Leury Garcia back into a super utility role, and send Danny Mendick back down to Charlotte.  This move helps the team shore up a critical position that was in flux ever since Madrigal went down. Not only that, but it basically admits the Guardians are throwing in the towel with 60-ish games left.

Oh, and never having to ever think about putting Andrew Vaughn at second base again is nice too.  Win-win.

The #WhiteSox have acquired right-handed reliever Ryan Tepera from the Chicago Cubs in exchange for left-handed pitcher Bailey Horn. pic.twitter.com/9bvsWFzM1D

While the Hernandez trade is nice and certainly helps, the Tepera acquisition is something that will be a god-send come October.  With a bullpen that was struggling beyond Liam Hendriks, Michael Kopech, and occasionally Garrett Crochet, the Sox were in desperate need of a reliable middle-late inning guy.  Tepera definitely checks that box.

Tepera may not be a dominant back end reliever like a Liam Hendriks or Craig Kimbrel, but he’s currently in the midst of the best year of his career.  Like many out of the White Sox bullpen, he’s been a strikeout machine, with a career-altering 11.39 K/9 since coming to (the other side of) Chicago in 2020.

The breakout this year has come along with a noticeable shift in pitch usage, relying on a new emphasis on his slider and four seamer.  The end result has been top-level rates of weak contact (82nd percentile avg. exit velocity, 68th percentile hard hit rate) and avoiding bats (86th percentile chase rate, 93rd percentile whiff rate), something that will play anywhere in baseball. 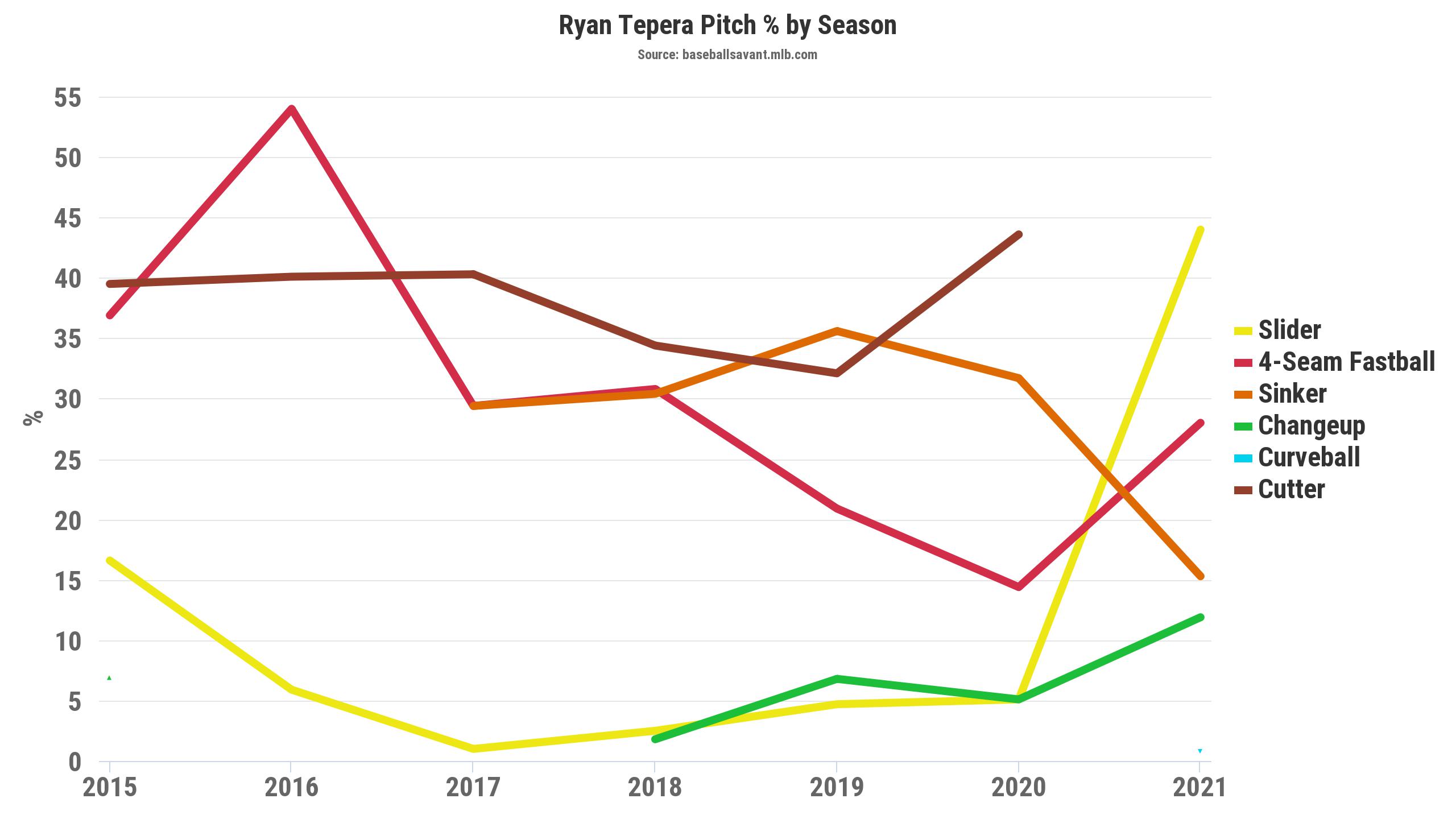 And while I did a nice write-up of him after last year’s draft, Bailey Horn never factored into the White Sox plans in this window.  Getting a bona-fide back-ish of the bullpen arm for him is a coup in and of itself.

Plus, the White Sox do have a solid recent track record in trades with the North Siders (sorry, had to do it).

Where Hernandez and Tepera Leave the Sox

As I mentioned earlier, the trades for Cesar Hernandez and Ryan Tepera may not have the big-time, name brand appeal some fans were hoping for.  Sure, there were and still are bigger fish out there.  However, the Sox went out and addressed two major areas of need, with one day still left to play on the market.

Given that none of their top 30 prospects (per MLB.com) were needed to get Tepera and Hernandez to Chicago is even bigger.  In other words, there’s prospect capital left to play with, if the Sox are going that route.  After the flurry of trades league-wide today, I wouldn’t be shocked if something else is in the works.

The roster isn’t perfect, of course.  There’s still plenty of ifs with the return of Eloy Jimenez, Luis Robert, and Yasmani Grandal, and how well they all return to their heights before October. On that front, at least Eloy seems like he’s answering the bell.

With all that being said, the White Sox are cake-walking into October and just addressed two major needs in one day.  After all this team has been through in the last decade, I’ll take it. Opportunities to take a relaxing route to October rarely come along, and it’s reassuring to see the Sox not taking the lazy route out of the deadline.

When the playoffs roll around, the team will have to perform, but they’re closer to a World Series caliber team now than they were 24 hours ago.