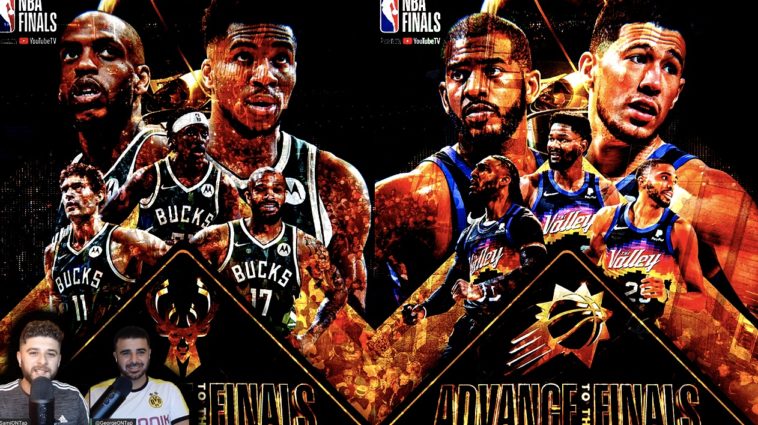 Welcome to season 2 episode 6 of Pod That with the Jarjour Brothers. On today’s episode we talked NBA Finals through the first 4 games of the series between the Phoenix Suns and the Milwaukee Bucks. With the series all knotted up at 2 games a piece who will come on on top to hoist the Larry O’Brien Trophy? And Sami & George Jarjour discussed a every interesting topic. With the extreme heat in Phoenix in the summer time would a night time parade be warranted if they were to win the NBA finals? The answer was an astounding YES! But the two brothers discussed why night time parades should actually be a thing for all championships and how to turn that into the most lit party of the city.

Especially if the Suns win the NBA Finals… a night parade would be more lit and better weather ?

You won’t want to miss this episode that also featured a discussion on is Kawhi Leonard actually toxic to organizations? Some discussions on the new Space Jam and the worst line ever set in Vegas was for a WNBA All-Star game. All of this on the latest episode of Pod That: Two Brothers Talking Sports.