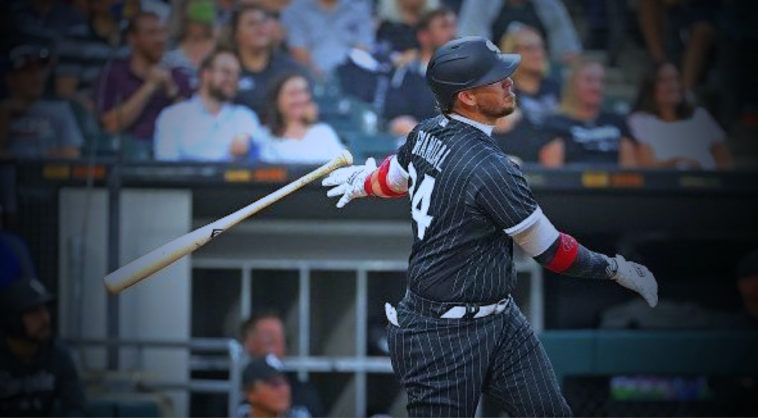 Just when it seemed like the White Sox were getting some good injury news with the recent returns of Michael Kopech, Yoan Moncada, and Yasmani Grandal (along with the imminent return of Adam Engel), fate decided to intervene.  Because with all of the damn injuries the Sox have suffered through this season, what’s one more?  To one of those players who had just come back from an IL-less injury stint in Grandal, no less.

Grandal left last night’s game during his sixth-inning at-bat. He is expected to miss approximately 4-6 weeks before returning.

Man do I miss the blissful era (three days ago) when getting snubbed from the All Star team was the worst Yasmani Grandal news around.

While 4-6 weeks is not the end of the world, the fact that the immediate drop-off is from the highest paid free agent in team history to a guy with 5 MLB games played (two years ago) speaks volumes about how losing Grandal effects the current state of affairs for the Sox.

Before getting into that though, depth aside Grandal has provided a spark for this White Sox team that has been sorely needed with the other injuries and slow, power-less starts.

Earlier in the year, Grandal had been struggling with a knee injury, and in the process was sporting a stupidly hilarious slash line that was nothing short of a case study on the inadequacy of batting average as a free-standing evaluation of production.  While that was fun while it lasted, that really wasn’t Grandal’s game – the walks yes, but the power was noticeably missing.

At this point in the year though, he had fully turned a corner, providing the White Sox with much needed power.  He’s gotten there mainly through swinging the bat and putting the ball in the air more than earlier in the season, a sign that that Spring Training knee injury was starting to work its way away.  As a result, basically every metric that measures hitting the ball hard favored Grandal, something that’s clear within 30 seconds of looking at his Baseball Savant page.

I could talk about the almost having more homers than singles, but the reality is Grandal has been the main source of power in the lineup.  Over the season, he is only one off of Jose Abreu for the team lead in homers (15 vs 14), in almost 100 fewer at bats.  Likewise, Grandal is the only Sox player on the season with an OPS of over .800, which is buoyed heavily with his 60 walks, good for second in baseball.  In the last 30 days alone, he’s hit as many home runs (5) as Tim Anderson, Yoan Moncada, Jose Abreu, and Zack Collins combined.

So yes, his absence will be felt immediately, as a summer that looked like it would be filled with bat drops now sits empty.

And the @WhiteSox are up 13-2. pic.twitter.com/xrxGvOVNYq

An offense already missing several key pieces losing its biggest threat is a hit, but that’s not the only reason this is such a blow to the Sox.  That comes mainly into play with what Grandal brings into the equation via pitch framing and handling pitchers.

While there’s been a lot of talk about Zack Collins’ improvements behind the plate, there’s a reason the Sox brought Grandal on board last year.

In 2021 so far, Grandal has saved one extra run for the Sox through framing (a modest number for his career track record), while Collins has lost 4 runs based on framing.  Obviously, that’s not a huge deal right now, but in the long run that adds up, especially when considering Collins has done that in 400 less pitches than Grandal.

Pitchers feeling comfortable throwing to Collins is important and relatively immeasurable, but with the call up of Zavala it’s clear where the Sox priorities lie in Grandal’s replacement.

Rather than bringing up Yermin Mercedes and letting him and Collins unleash their offense while forsaking the defensive side of the game, the decision was to go with Zavala on the roster.

This move signals a focus on run prevention, one that does check out – you likely aren’t getting Grandal’s overall offensive impact (or close to it) with the in-house option, so the calculus changes to run prevention.  With one of the best starting rotations in baseball, this is a legitimate way to survive and stay afloat in a scuffling AL Central.

Externally, there are options available, be it by trade or free agent.  I’d expect to see some sort of low ceiling move, given the needs that will need to be addressed elsewhere with less temporary absences (read: second base, right handed relief pitching, possibly an OF).

With a shortage of impact prospect capital to deal with, you have to choose your bullets carefully.  With the White Sox current injury situations across the board, a 4-6 week absence from Grandal doesn’t fully fit that bill.  One of those weeks being absorbed by the All Star break is also a godsend.

Yes, his loss is probably the one that is hardest to replace in terms of across-the-board production in all facets of the game.  But with a 6.5 game lead in the AL Central where only one other team is (barely) over .500, the road to the playoffs is relatively simple.

In the meantime, the White Sox will need their other key players like Abreu, Anderson, and Moncada to get going and carry the offensive burden, and the starters to continue dealing.  If they don’t, things will get interesting quickly.

On the flip side, if the AL Central lead can be kept up until Grandal is back, then we’re in business for a cakewalk until October.