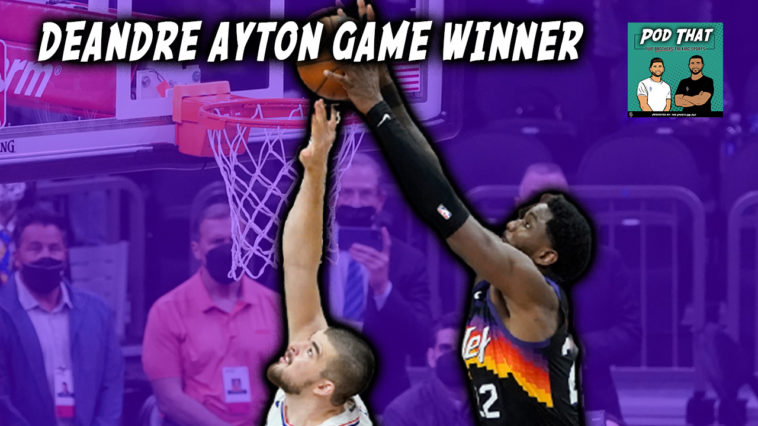 On season 2 episode 6 of Pod That : Two Brothers Talking Sports, the Jarjour brother’s discussed the Phoenix Suns miraculous win against the Los Angeles Clippers on Deandre Ayton’s game winning alley-oop that has become known simply as the Valley Oop. It gave the Phoenix Suns a 2-0 series lead in the Western Conference finals against the Los Angeles Clippers.

Who wore it better Devin Booker or Steve Nash ? pic.twitter.com/Kb5KRF5gaT