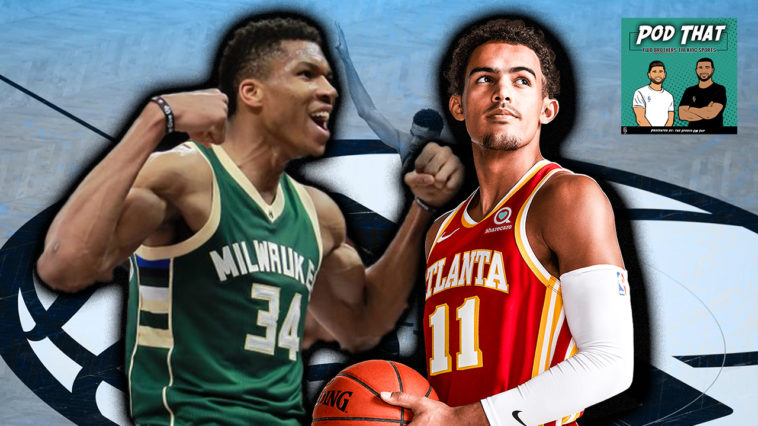 On Season 2 Episode 4 of Pod That: Two Brother Talking Sports discussed the two game 7s in the NBA over the weekend in the Eastern Conference with the 76ers vs Hawks and the Bucks vs Nets. The Jarjour brothers discussed the toughness of Trae Young and the old school approach to basketball that gives fans nostalgia with Giannis.

The Jarjour brother also discussed the 76ers and how Ben Simmons refuses to even attempt shots in the 4th quarter anymore. Will Ben Simmons remain in Philadelphia? Did Kendall Jenner make the right move of leaving Ben Simmons and dating Devin Booker?

You can find all platforms for Pod That & social media HERE!

Kendall Jenner turns out to be the best NBA scout in the league when she chose Devin Booker over Ben Simmons and Kyle Kuzma pic.twitter.com/4R4BLU6mSa