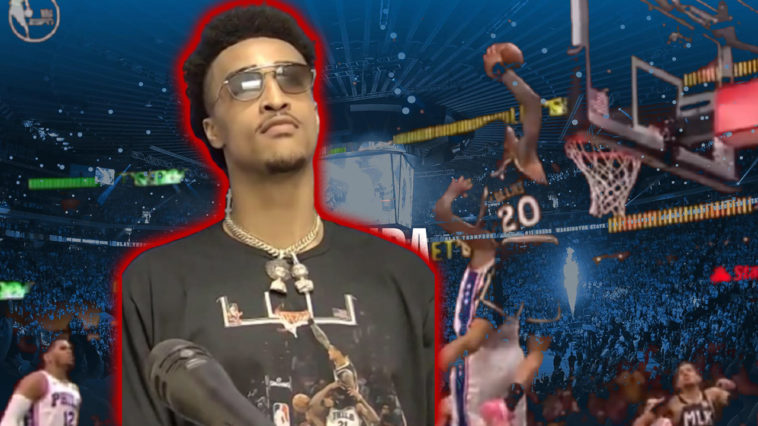 During game 6 of the Eastern Conference finals Atlanta Hawks John Collins had the dunk of the NBA playoffs as he put Joel Embiid on a poster, dunking on the 76ers big man.

JOHN COLLINS WITH THE POSSIBLE DUNK OF THE PLAYOFFS WITH THE POSTER ON EMBIID! OMGGG ?? #NBAPLAYOFFS pic.twitter.com/7l0e7oBSxl

Well John Collins wasn’t quite done embarrassing Joel Embiid; after the Atlanta Hawks eliminated the Philadelphia 76ers in game 7 of the Eastern Conference finals John Collins wore a shirt of the same dunk after the game. Get your shirt below by clicking the John Collins Dunk On Joel Embiid shirt picture! 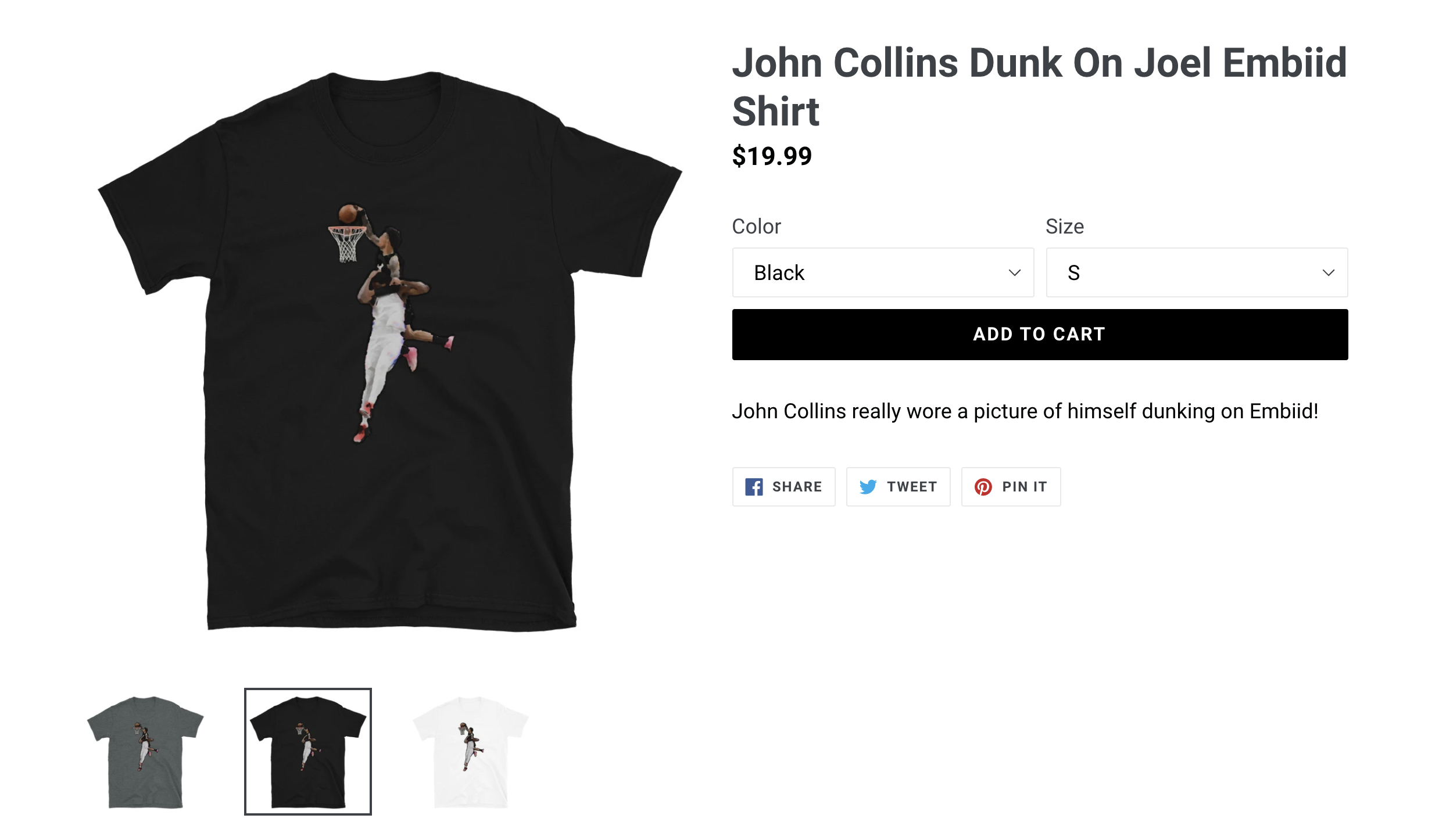 On Season 2 Episode 4 of Pod That the Jarjour brothers discussed just how boss of a move this was by John Collins:

You can find all platforms for Pod That & social media HERE!