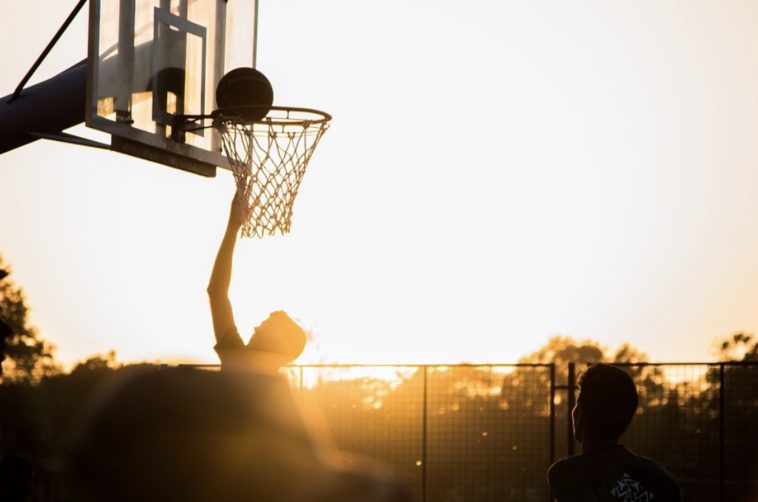 Sports keep us fit, healthy and happy. Yet if you find yourself really wanting to like the mainstream sports but always failing to do so, then these new sports should catch your eye. There’s never any shortage of ideas to make new sports, but very rarely will you find one that sticks. Not to mention, sports are costly. You cannot learn how to play tennis at a decent level without hours and hours of expensive lessons. So a new sport has to be affordable, fun and easy to pick up. These are some of those that fit the bill.

A new sport called Earthing, has you run across a track for a set distance such as 50 meters and then you will swim for 15 or 20 meters. This is a sport that does require you to go to specific fields where it is being hosted. The pool is only about 4-5 feet deep, deep enough to swim in but nothing too challenging.

This is how it is played.

Perhaps the most popular new game is cornhole. Some say that it’s always been a game that has been played by rural communities. However, not everyone is from the rural parts of the country and they haven’t heard of it either. However, cornhole is getting some sponsorship and live TV coverage. It’s incredibly simple to play too.

Pickleball is going to look pretty familiar to you when you see it. It’s a merger of tennis, badminton and ping pong. This sport is played on a badminton court with two to four players. It’s a lot like tennis in that, just two bounces off the ball on the floor, gives a point to the other team. However, it’s a lot like ping pong in that you must have more than 2 points over your opponent to win, but this is only triggered after you score 11 points. It’s a lot like badminton because the court is exactly the same and the scoring lines and areas are the same too.

It’s incredibly fun. Here are the best beginner pickleball paddles you can choose from. Because the paddles don’t use nets you can have any number of designs. Pick your team colors, make a custom build or pick a bat that fits your personality.

It’s very much the same as golf, except that you don’t have any limitations on the amount of shots you can take. The aim is to finish the holes as fast as you can. This will inevitably mean that you have to finish the course quicker than your opponent. You won’t be playing at the same time, you’ll just be set against the clock. Here is how you play.

This game can be tricky if not done properly. For example, you should be careful when trying to hit the ball out of water and sandpits. You will be tired from the run and the clock will be ticking. So be warned, it’s a lot harder than it looks.

The pandemic has shown us that nothing can replace the beauty of going outdoors and enjoying life. One of the better sports to arise from the current situation is orienteering. You will be given a map and a compass, and you need to find your way to the various checkpoints that have been agreed by the organizers. Don’t worry, there will be overwatchers who will prevent players from getting lost. You’ll also wear a GPS tag so they can keep track of you.

It used to be that only the rich could play polo. It is played on horseback and on a field, so you need to be a little on the affluent side to be able to afford it. However, bike polo is played on your own personal bike, with your own helmet and gloves, except you get given a polo stick.

Bike polo is great fun and requires a lot of balance. Sometimes the play depends on your skills on the bike, other times it requires you to have a great hand and eye coordination to strike the ball well with long polo sticks.

There are various new fun sports you can try this year. Some of them are variations of current sports and others are just totally new. Which one of these do you think you want to try the most?