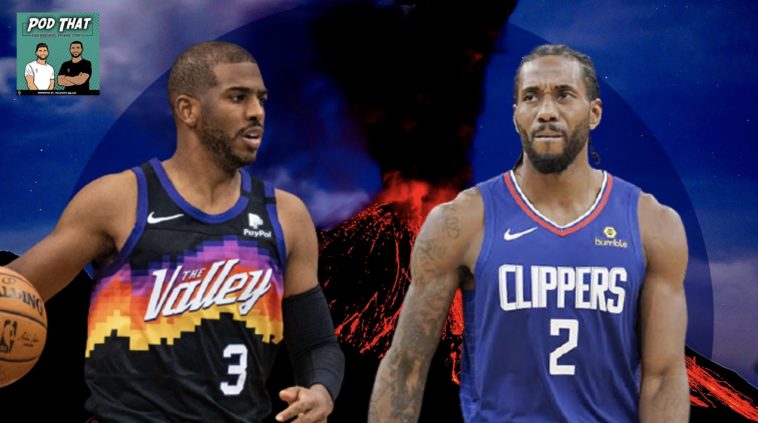 On season 2 episode 1 of Pod That The Jarjour brothers discussed the absolutely insane morning of NBA news. They discussed Chris Paul testing positive for COVID-19 and having his status for the Western Conference Finals being up in the air. George & Sami Jarjour then discussed Kawhi Leonard’s knee injury and what that could mean for the Clippers and the NBA in general moving forward.

Chris Paul has tested positive for COVID and is out indefinitely…..

Kawhi Leonard is feared to have torn his ACL…

Oh & Pelicans fire Stan Van Gundy. What a morning in the NBA. ? pic.twitter.com/GdArqKep4O

The Jarjour brothers then discussed the historic night that Kevin Durant had to give the Brooklyn Nets a 3-2 lead in the Eastern Conference semi-finals against the Milwaukee Bucks.

Ok ok fine I said it. Kevin Durant is the best player in the world. NBA has a never No. 1. For now. #BrooklynTogether pic.twitter.com/8jyDs8nPA8