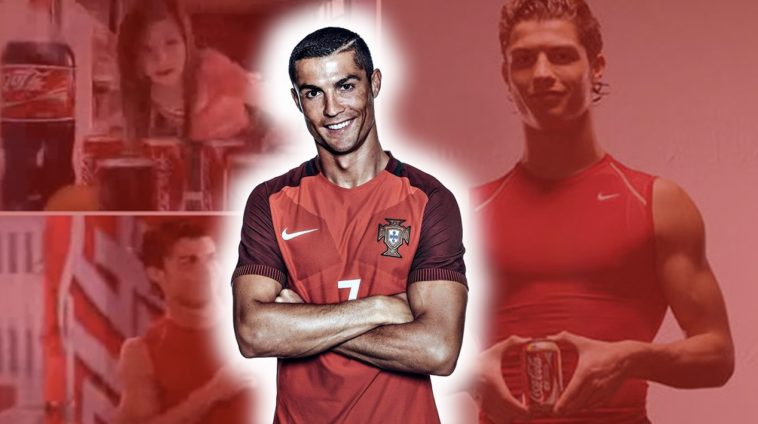 During a press conference during the 2020 Europ Cup; Cristiano Ronaldo noticed two Coca-Cola bottles sitting in front of him at the press conference. Since Coke is a sponsor of the tournament it was placed right in the front for many people to see it. However, known health freak Cristiano Ronaldo wanted nothing to do with the Coca Cola so he simply moved the Coke’s out of the way and said simply “drink water”.

Well this had some repercussions that we may not have thought. The moving of those Coke bottles caused a $4 billion dollar loss of value in Coca-Cola stock.

Coca Cola lost $4 billion in value today after the CR7 gesture of removing the bottles went viral. #CocaCola was valued at $242 billion before Ronaldo's gesture and afterwards, it went down to $238 billion.

Imagine having that power? Cristiano Ronaldo should buy and sell stocks and manipulate the market with his Instagram posts. George & Sami of Pod That discussed this move by the Portugese star.