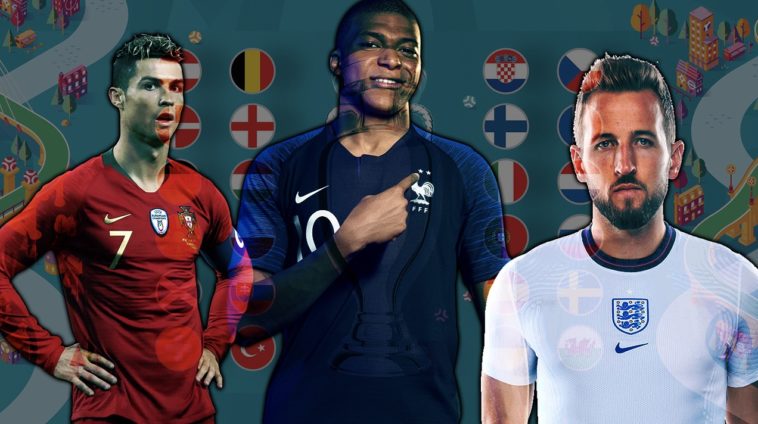 The Eurocup is upon us. And as many people from the United States embark to watch soccer for the event after taking a hiatus since the last World Cup many do not know who to watch for. As a seasoned soccer aficionado I decided to to give one player from 10 different countries that you should watch for during the 2nd largest soccer tournament in the world.

The #EURO2020 is here. What players to watch for during the tournament. Who are you looking forward to watching the most? @thesportsontap pic.twitter.com/MKBhy5sPne

Romelu is a goal scoring machine. He’s the all time leading scorer for Belgium. I would probably say Kevin De Breyune is a better player right now but he’s more for us soccer nerds. Romelu translates into goals and if you are just dipping your toes to soccer during this tournament you want scoring and Romelu is your guy.

Lukaku becomes the first player since Romeo Benetti in 1973 to score in four consecutive Serie A Milan derbies ? pic.twitter.com/SPtKkzKqn6

He’s the obvious choice to take over the world after Messi and Ronaldo are done. Mbappe is fun to watch, charasmitic and young. He already dominated and helped France win the World Cup the last time we saw him on a big international stage. And he’s here to do more now.

My favorite player in the tournament. I am a Tottenham Hotspur supporter and Harry Kane. He is a goal scoring machine and England is my pick to win Euros. So get ready to see a lot of Harry Kane.

The topscorer in @EURO2020 qualifying ?

Cristiano Ronaldo needs no introduction. He is still a top 5 player in the world and is electric. Portugal won the last Euro Cup and Ronaldo will be looking to add to his trophy case.

Goals, goals and more goals. Lewandoski could be the world’s best player right now. He scores with the best, he creates with the best and he’s electric.

Young and the heir appaerent to be the best player in Germany. Kimmich is a natural born leader and a great soccer player.

His father was a World Cup winner and now he’s trying to win the Eurocup. He plays for Liverpool (when healthy) and is most likely the best player on a weaker than usual Spanish team.

Thiago Alcantara and Aymeric Laporte playing football together is a thing of beauty ??pic.twitter.com/ZLRLZ4efxz

The best midfielder on a Italian team full of great mid-fielders. Barella is a technican on the pitch.

Allow me to introduce you to the most well-rounded midfielder in the world… Nicolo Barella ? ??

No one is close in terms of being well-rounded. NOBODY ?? ? pic.twitter.com/9ZWQVid33S

Eriksen doesn’t really look the part. And as a Spurs supporter it was frustrating supporting him at times before his move to Inter Milan. Despite lacking intensity he covers the pitch with the best of them and strikes one of the best balls in the tourney.

Electricity is what comes to mind with Memphis. He’s the most street style player in the tournament and if Holland makes a run could become the star of the tournament in no time.