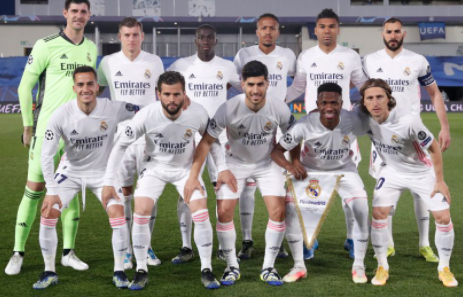 With the Continental Championships upon us, it is time to look back on the season that was for Real Madrid.  They came close to glory, but ultimately finished 2nd in the league and got as far as the UCL semis.  Credit goes to a select group of players, and Manager Zizzou, who announced his resignation a few days after the season.  Take a look at my review of the squad below and let me know where I got it superbly right, or dismally wrong.

Thibaut Courtois: An absolute world-class keeper who performed admirably game in, game out.  The Belgian #1 played every league game for Madrid and was one of the 3 most important players of the season.  A key reason Madrid made it to the UCL semis and came up just 2 points short in La Liga. 9/10

Dani Carvajal: A disappointing season, ruined by injuries. Carvajal is a proven defender and playmaker on the flank, but his history of injuries caught up with him this year.  Hopefully a full summer of rest will do him good for the next campaign. 4/10

Eder Militao: A revelation.  Sergio Ramos only played 3 matches in the second half of the season, which finally gave Militao consistent minutes.  He looks like the long term replacement for Ramos.  8/10

Sergio Ramos: Could be the end for one of the greatest Madristas ever.  Currently out of a contract, but still working with management on 1-2 more years.  Ramos looked good at the beginning, but injuries barred him from playing a big part in the stretch run. 5/10

Raphael Varane: Showed signs of becoming a leader on the backline.  He had some shaky moments, but he is still a world class defender and Madrid would be crazy to sell him. 7/10

Nacho: The swiss army knife.  He performed extremely well down the stretch along multiple points on the backline.  There was points where Nacho/MIlitao looked just as strong, if not stronger than Ramos/Varane.  Keep this man around until retirement.  7.5/10

Eden Hazard: A modern tragedy in football.  Such a gifted player, whose injury problems may never let us see him at his best again.  Please say a prayer for this man and his health.  1/10

Toni Kroos: Another strong year from the German international.  He is the best in the world at the long vertical passes.  Next year, he will benefit from more consistent minutes with Valverde, who can get forward with driving runs. 8/10

Karim Benzema: My player of the season.  30 goals in all competitions, with little help alongside him in attack.  Legend. 10/10

Luka Modric: The Club’s player of the season.  Defies logic that he is playing at such a high level at 36.  His calm on the ball, and ability to create play going forward, was key to Madrid all year long. 9/10

Marco Asensio: Frustrating.  He is so talented, and was given so many opportunities from Zidane this year.  He is yet to reach his pre-injury level of play. 4.5/10

Marcelo: Fading.  When major players were fit, his name was never called.  Clearly still has talent offensively, but its suicide to play him with his defensive liabilities. 4/10

Casemiro: Year after year, the Brazilian continues to raise his own very high bar.  So important to the team.  Does literally everything on the pitch.  When Ramos leaves, give this man the captain’s armband. 9.5/10

Federico Valverde: Had some injury issues, but when fit, he was excellent.  His pace injects a fresh element to the Madrid midfield.  When all is said and done, this man could very well have a statue outside the Bernabeu. 6.5/10

Lucas Vasquez: Incredible year for Lucas, which earned him a new contract.  Performed admirably in place of Carvajal and in attack.  I think the Chelsea tie would have turned out different had he not been absent due to a knee tear. 8/10

Alvaro Odriozola: Rarely made an appearance until the end of the season.  Zidane showed little faith in him, although his last few performances were solid.  It would be interesting to see his form with a manger that believes in him, but a starting place for him seems unlikely. 3/10

Vinicius Jr: A puzzle that remains unsolved.  His pace is spectacular, but his decision making in the final third remains suspect.  He showed flashed against Liverpool, but then faded after that.  I still believe in him.  His upside is too great.  This is the year he must make the step up and not come down.  6.5/10

Ferland Mendy: A fantastic year for the young Frenchman.  He is only going to get better.  He is the future at LB. 7/10

Mariano: Only plays garbage minutes.  Still shows decent pace, but is resigned to the bench.  It would do him good to leave and play consistently.  There is still a place for him on a good European side. 2/10

Rodrygo: Squeezed out of major minutes by Vinicius.  His crossing ability is fantastic.  Just like Vini, the talent is there, and with major minutes next season, he will flourish. 6/10