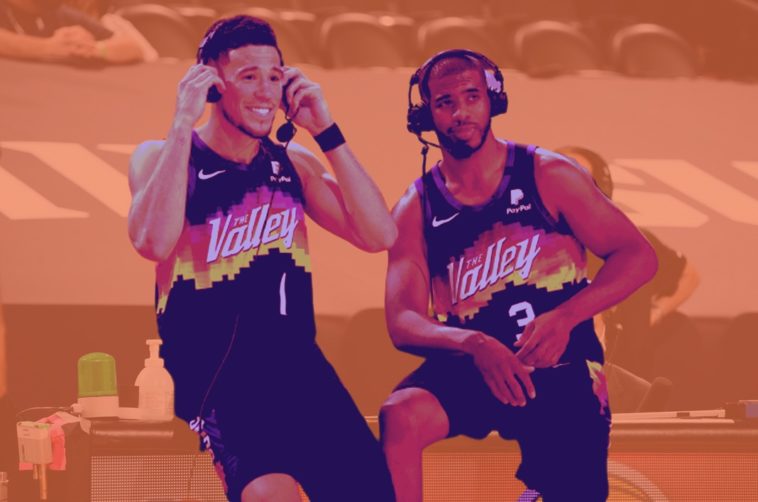 I’ve always been a fan of Chris Paul, I never once that he got the credit that he deserved. Yes, he gets hurt in big playoff moments, with the Clippers and the Rockets. Yes, it almost happened again this year with the Phoenix Suns, but it didn’t. Instead, Chris Paul, the point god, helped change and save this Phoenix franchise. First time in the playoffs since 2010, and most likely helped Devin Booker confirm and longterm stay with the team, as they led the team to the playoffs.

After taking down the Lakers and knocking LeBron James out in the first round for the FIRST time in his career, I don’t think anyone is doubting Chris Paul or the Suns for the trade that they made to get him. Let me tell you though, not everyone thought the Suns won the trade, and not everyone believed Chris Paul would be back in MVP-race form and lead the Suns to becoming a Top 5 contending team in the NBA.

Now, the Phoenix Suns odds are significantly shorter, as the Suns odds to win the 2021 title are now +600.

ESPN gave the Suns a B- and the Thunder an A for the trade.

Kevin Pelton wrote: “All told, this is pushing the limit of what Phoenix could have given up while still making this trade a reasonable value. Even if Paul struggles with injuries and aging, the Suns haven’t really compromised their long-term prospects to get him. By the time Phoenix’s payroll gets more expensive in 2022-23, when starters Deandre Ayton and Mikal Bridges have completed their rookie contracts, Paul’s $44 million salary will be off the books. So this deal was worth the risk for the Suns.”

For the Win handed the Suns a B+ and the Thunder an A- for the deal.

Charles Curtis wrote: “The Suns jelled in a big way this season, especially in the Disney World bubble. And while Rubio was good, he’s certainly not Chris Paul. Losing Oubre hurts — he’s a two-way player who can score, shoot and defend — but he would probably have been costly in free agency after next season and he plays a position that Mikal Bridges stars in. Jerome is a former-first rounder, so it makes sense for the Thunder as they rebuild. It’s not a lopsided trade for what Paul brings: leadership, the ability to dish and score from all over the floor and the ability to take this team from young also-rans to a playoff team that the top seeds might be nervous to face. Most importantly, it will elevate Booker, who could use the help.”

Chris Paul looks like he knows this is one of his final chances. I think they really might have a shot. The Suns beat the Lakers, and anything is possible for this team. I want CP3 to get one chip so badly… @SamiOnTap #WeAreTheValley pic.twitter.com/t2HpTZrnU4

The Suns have a shot and this might be the final shot for CP3, the point god, to win one championship in his career, let’s see if he can pull it off for The Valley.