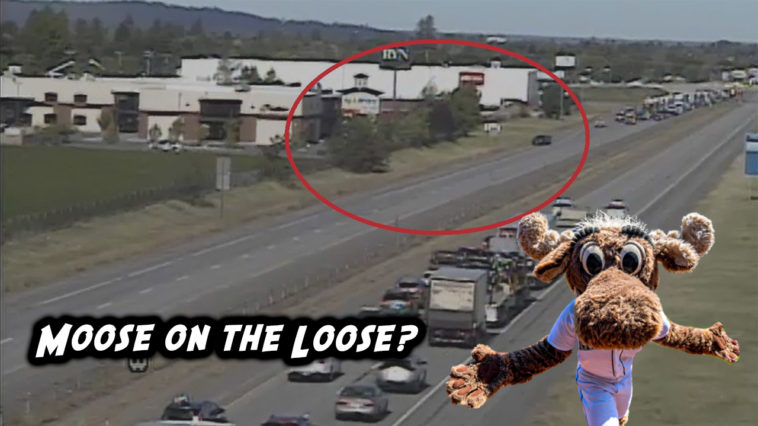 What would you do if your afternoon commute was stalled by two moose on the loose? Well that’s exactly what happened in Liberty Lake, WA just outside of Spokane.

Source: Interstate 90 traffic was backed up for miles earlier Friday east of Spokane by two moose on the loose along the freeway.

Transportation crews and state troopers responded to the scene, near the town of Liberty Lake, at about 8 a.m. after receiving reports of a moose wandering in the lanes of traffic.

Arriving troopers found not one, but two moose on the loose.

Just in case you don’t know how big Moose are they are a ginormous animal.

Eventually the two moose left and the highway reopened. On the latest episode of PodThat the Jarjour brothers discussed the two moose and brought up a very important question. Why is the plural of Moose… Moose?