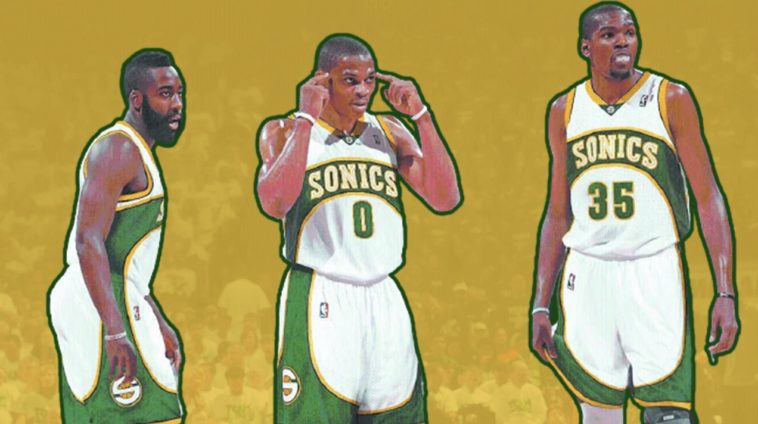 Adam Silver has publicly spoken about NBA expansion after the NBA has lost billions of dollars of revenue following the COVID-19 pandemic. Now many around the league have tried to downplay this news but no one is buying it. According to Michael Grange of Sports Net:

It’s widely believed the NBA will expand for the first time since rounding out to 30 teams in 2004 partly to recoup losses from the pandemic. Returning to Seattle as part of the process is almost a given (with Las Vegas as the other likely city) now that the arena issues that led to the Supersonics leaving for Oklahoma City in 2008 have been resolved.

The NBA is almost ready for expansion. The Seattle Sonics are the first team right?!

I say Vegas will be the 2nd! What do you think?! ? pic.twitter.com/3oxb1H4oic

The Jarjour Brother’s, Sami & George, talked about this, the possibility of the return of the Seattle Supersonics, on the latest episode of Pod That: Two Brother’s Talkin’ Sports: