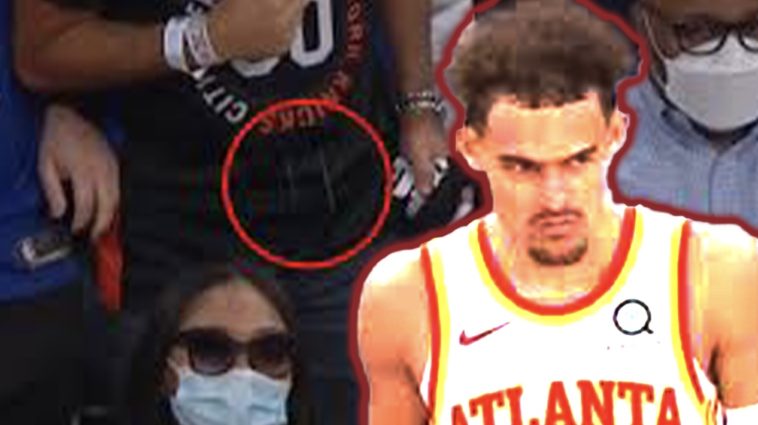 First and foremost, having NBA fans back at games has made this playoff run better, ten fold. It’s not even close to the feel of the NBA Disney Bubble. This feels different. Especially in New York, Madison Square Garden is my favorite place I’ve watched an NBA games, just a regular season game back with the losing Porzingis teams. The playoffs in MSG with the Knicks just looks different… But one man went way too far. He really spit on Trae Young and got BANNED from MSG…. rightfully so.

Per New York Post – The Knicks banned a fan after video showed him spitting on the Hawks star during Game 2 of the teams’ playoff series on Wednesday night.

“We investigated the matter and determined that this patron, who is not a season ticket holder, did indeed spit on Trae Young, and for that reason, he is now banned from The Garden indefinitely,” the team said in a statement. “We apologize to Trae and the entire Atlanta Hawks organization for this fan’s behavior. This was completely unacceptable and will not be tolerated in our venue. We have turned the information over to the appropriate authorities.”

Young brought attention to the situation after video started circulating on Twitter. The guard tweeted at rapper 50 Cent, who was sitting in the vicinity of the loogie. The saliva, though, seemed to hit fitness influencer and model Cuban Link, who was sitting next to boyfriend 50 Cent.

Everyone is talking about the Sixers fan dumping popcorn on Westbrook, but let’s not ignore the Knicks fan spitting on Trae Young pic.twitter.com/HWioRIs8Al

While you’re at it, here is my brother talking about it all: