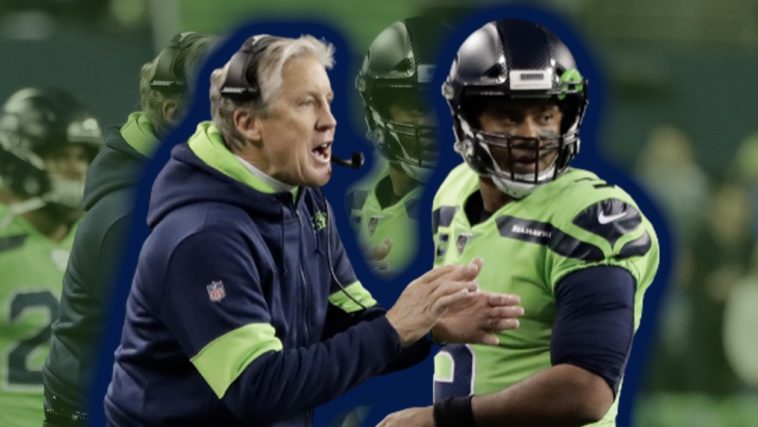 The Seattle Seahawks and Russell Wilson had an interesting off-season of drama that many felt like a divorce was on the horizon. But it now seems things have calmed down in Seattle and Seahawks head coach Pete Carroll seems to agree that the two sides have been able to smooth things out.

“It seems like really old news to talk about this because it’s been such a long time,” Carroll told the Rich Eisen Show on Friday. “The little bit that he said carried so much air time that it became bigger than life. Throughout the whole process, Russell, we’ve always been connected, we’ve always been talking, we’ve never not been in communication, and we weren’t at this time either. A couple things that came out got magnified and the questions came out, and there was a couple things, he was frustrated when he was talking, just like any of us can sometimes emphasize something that’s on the top of our mind, and it can be played differently than it really played itself out.

Carroll also had this to say on the Rich Eisen Show:

So is @DangeRussWilson really going to "cook" in 2021 with a new-look offense in Seattle?

It seems like the Seahawks are treading on smoother water now and on the latest episode of Pod That, the Jarjour brothers discussed: