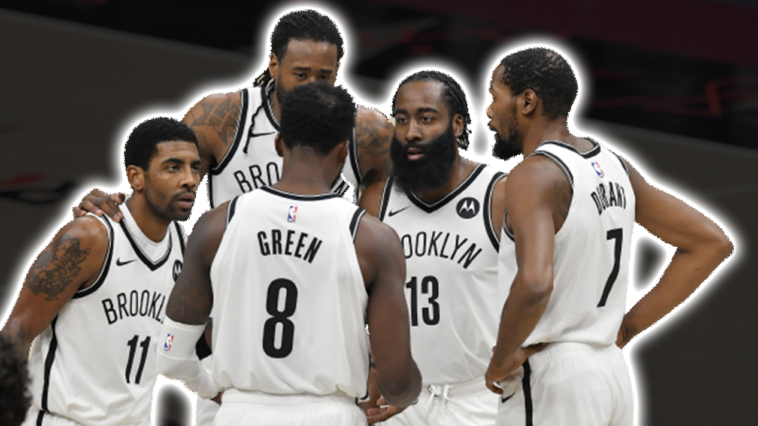 We all know the NBA is about superstars. And there is no team in basketball that has more super stars than the Brooklyn Nets. Kevin Durant, Kyrie Irving and James Harden on the same team. That gives them a combined two MVPs, three NBA title, seven scoring titles, and eighteen combined all-nba selections. On paper a team that should cruise to the NBA finals. But there’s just one big catch. The trio has played only a combined three games together.

Kyrie Irving, James Harden, and Kevin Durant are going to figure things out during the playoffs ? pic.twitter.com/ZVUN97BvZH

Could it be a problem? Sure. But could it also make the NBA regular season even less relevant. A team playing 8 games together then winning an NBA championship seems like something that shouldn’t happen in the NBA. On the latest episode of Pod That the Jarjour brothers discussed: