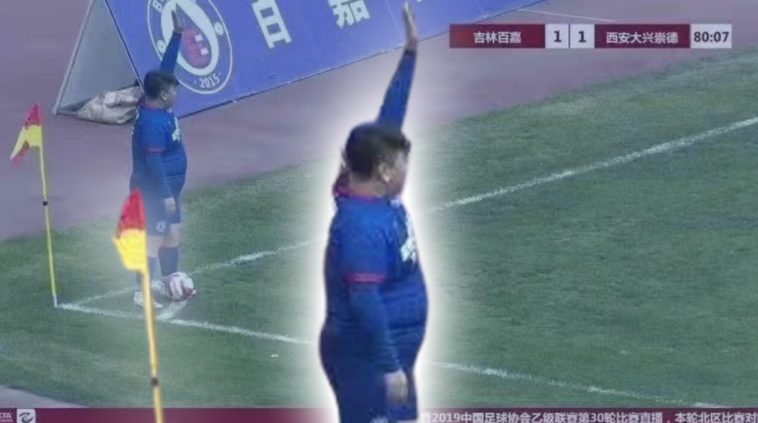 Being rich has its perks. You can be yachts, you can buy houses, you can be jewelry, but most importantly you can buy dreams. A super rich Chinese businessman bought a tier 2 professional soccer team in China named “Zibo Cuju” and he made his sons dream come true. What was that dream? Well playing professional soccer. The Chinese businessman made the head coach play his son who just happens to weigh in at nimble 277 LBS and has zero athletic ability.

Chinese businessman bought Zibo Cuju, a second tier Chinese side, and told the coach to play his son.

You know that businessman that just bought a Chinese second tier football team and made them put his son on?

Here are his lads highlights ?? pic.twitter.com/Xt9VX7kvCW

Turns out the son is 35 years old and is an entrepreneur and professional soccer player of course. On the latest episode of PodThat with the Jarjour Brothers, they discussed what that would be like in the United States and reacted to his highlights: