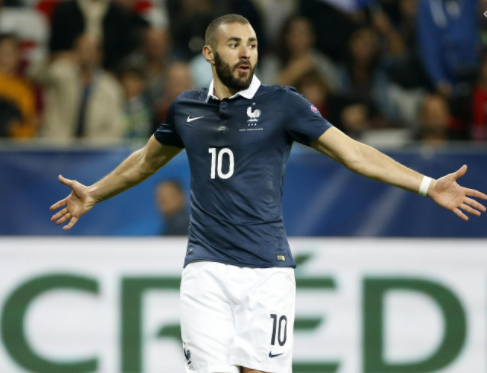 The Euro’s are quickly approaching, and with less than 30 days to go, each country is starting to announce their final squads for the Championship.  On Tuesday, Karim Benzema, widely regarded as one of the best strikers in the world, was called up into the French national team for the first time since 2015.

Karim Benzema is a bonafide stud.  He has played for Real Madrid for 12 years.  He has averaged around 30 goals for the past 3 years as the primary goal threat for Los Blancos.  The man is a magician.  A goddamn beast who is unbelievably clinical.  If Karim has a chance on goal, you expect him to bury it.  By that measure, he may be the best player in the world right now.  He has a natural ability to move into the right spots on the pitch that get him and his teammates open.  He is strong on the ball, in the air, and is a skilled passer.

So, why the heck has Karim been absent from the French team for 6 years?   In 2010/2011, Benzema and 3 other National players were involved in a prostitution scandal.  Benzema ended up taking one of the hookers home, who just so happened to be 16 years old.  Charges were ultimately dropped because prosecutors could not prove Benzema knew the woman was underage.

In 2015, Benzema was investigated for allegedly blackmailing a French teammate regarding a sex tape taken on a cell phone.   There are some murky circumstances here too, namely with the French police and their potentially illegal recordings of Benzema and others’ phone calls.   Its been 6 years and Benzema is just now going to trial for this in October.

National team coach, Didier Deschamps, was previously on poor terms with Benzema, with Benzema going so far as to say that Deschamps was bowing to racist sentiments by keeping him out.  The men have talked it out, and the team are ready to welcome him back.

The starting XI will be comprised of players like Benzema, Kylian Mbappe, Antoine Griezmann, Paul Pogba, N’Golo Kante, and Raphael Varane.  This French team is going to be SCARY.