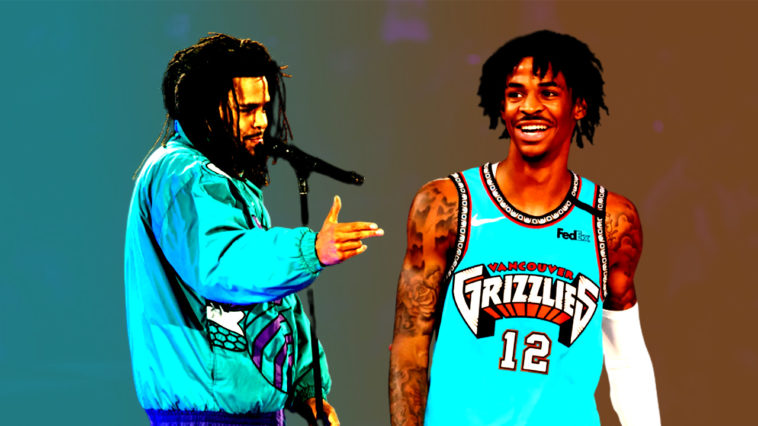 J. Cole dropped his 6th album on Saturday named “The Off-Season” on Friday and it was filled with some surprised for NBA fans including a sampling of Damian Lillard, and mentions of LeBron James, Ja Morant, and LeBron James.

The 36-year-old name-dropped several NBA stars on the album, including LeBron James on track “100 Mil'” (“Can’t leave the game yet, I feel like LeBron”), Russell Westbrook on “Amari” (“Kill ’em on a song, walk up out the booth, do the Westbrook rock-a-baby”) and Ja Morant on “My Life” (“Ja Morant, I’m on my Grizzly”).

And look I haven’t been a huge fan of J.Cole who I have referred to in my life as the world’s most overrated rapper. But the infatuation with these lines is hilarious and of course I went to Twitter to express how overrated I thought these lines were.

Everyone going crazy over J. Cole being a lyrical genius saying "Ja Morant I'm on my Grizzly" is so dumb you can literally do it with any player and team a thread..

On the latest episode of PodThat the Jarjour brothers discussed J. Cole: