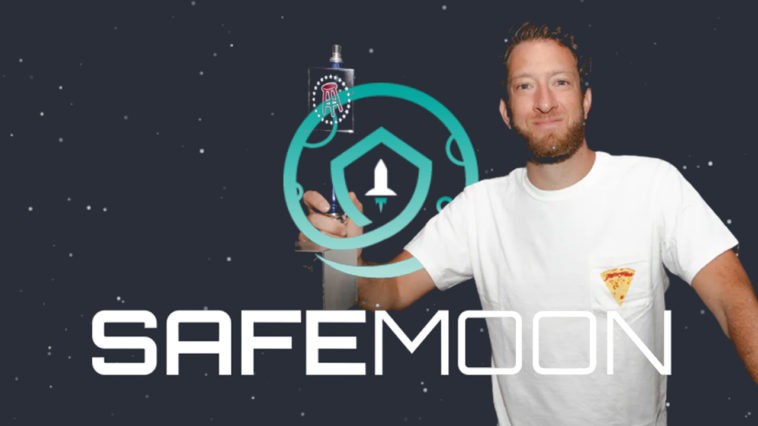 Barstool sports founder Dave Portnoy held an emergency press conference today regarding investing $40k in what most refer to as “shit coins” (I refer to them as lottery tickets that are going to the moon, but that’s just me). In style that mirrored a high school athlete selecting a college team, Dave Portnoy selected a hat of Cryptocurrency $SAFEMOON.

Now look who knows if SAFEMOON will pop or not but as proud HODLER of 250,000 SAFEMOON coins that has 6Xed my investment I think any big names backing the coin is probably good news for the future outlook of the coin. And my co-host and brother Sami is also big in the SAFEMOON HODLER club. So on the latest episode of PodThat the Jarjour brothers discussed:

Oh yeah, we also love DOGE! What is it?! Software engineers Billy Marcus and Jackson Palmer created Dogecoin in late 2013. Palmer branded the cryptocurrency’s logo using a meme popular at the time that featured the deliberately misspelled word “doge” to describe a Shiba Inu dog.

“Doge was really started to poke fun at Bitcoin,” said Pat White, CEO of Bitwave. In its early days, a community of enthusiasts arranged publicity stunts to raise Dogecoin’s profile, gathering funds to send the Jamaican Bobsleigh team to the 2014 Olympics, for instance, or sponsoring a NASCAR driver.

In early 2021, Dogecoin gained cult status on Reddit’s WallStreetBets message board—the prime instigator behind the GameStop affair in January—where enthusiasts had promised to propel its value “to the moon” (that was before all discussion of crypto was banned on the subreddit).

Today Dogecoin is no joke, having exploded in value and gained more than 5,000% in 2021. Among its boosters is Tesla CEO Elon Musk, who called Dogecoin his favorite cryptocurrency. Musk also named Dogecoin the “people’s crypto,” and promised to plant a physical Dogecoin token on the moon.