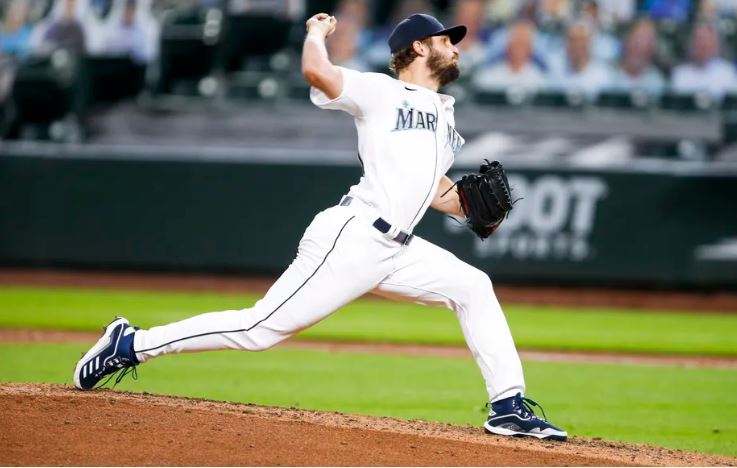 In a field that is currently driven by advanced analytics, there seems to be a void in how we analyze the effectiveness of relief pitchers. Quite often we use starting pitcher stats such as ERA and WHIP to judge a pitcher that is put to use for a fraction of the innings. This leaves the relief pitcher vulnerable to outlier innings that inflate their overall stats and thus perception. To fill this void I developed a metric called “shutdown percentage” that tracks a reliever’s success rate in regards to dominating their outing. Before completely diving into the weeds here are a few examples of scenarios in which ERA and WHIP are ineffective evaluation tools for relievers.

A reliever walks the bases loaded and strikes out the side. On paper, this is a fine outing as his ERA is 0.00 and he notched 3K’s. But this pitcher was far from dominant as he worked himself into a jam and inflated the overall pressure of the inning. This pressure is, however, reflected in the 3.00 WHIP he accrued for the inning. But a deeper dive into WHIP shows that it also has its blind spots.

A reliever pitches 3 innings in 3 consecutive games. In the first 2 games, he gave up no walks or hits. In the third game, however, he walks two batters and gives up 4 hits. His WHIP for the 3 games is now a whopping 2.00. When passing judgment on this reliever, the weight of one horrible outing overshadows the dominance of the previous two.

Quite often we are hypnotized by the 103 mph fastball and the wipeout slider today’s relievers possess. This can blind fans to the overall dominance of a pitcher. SD% asks one simple question… Did the reliever just get out of the inning, or did he dominate it? For the past 3 seasons, I have been tracking, inning by inning, each reliever’s dominance, and the results are astonishing. For this season I will be sharing these results as they unfold to determine who the most dominant relievers in baseball are. Here is a quick example of the stat in practice followed by rankings for the month of April. 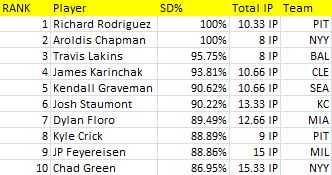