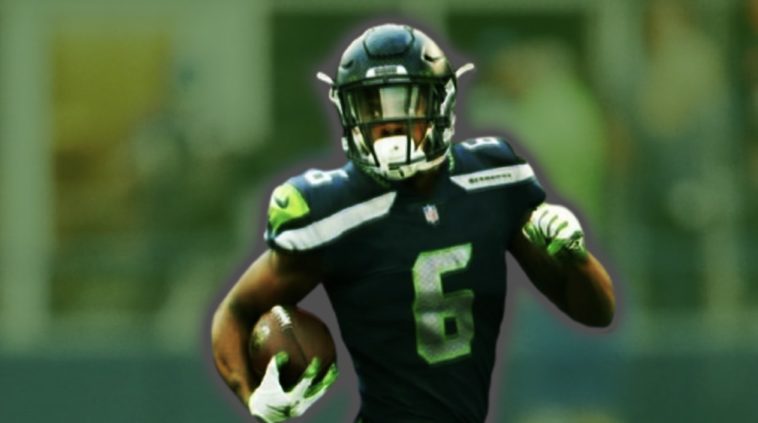 Heading into the third day of the draft, the Seattle Seahawks held picks 129 and 250. Starting the day off, they traded the 129th pick to the Tampa Bay Buccaneers in exchange for picks 137 and 217, giving them an extra selection in a draft that they entered with only three picks. They ended up using this extra pick to trade up in the sixth round.

After trading down to 137, the Seahawks selected Tre Brown, a 5-foot-9, 185-pound cornerback from Oklahoma. After starting 33 games for the Sooners, Brown declared for the NFL Draft in December, 2020 and forgo his final season of eligibility.

During his senior season, Brown recorded three interceptions and six pass breakups in 10 games and was a second-team All-Big 12 selection.

Many teams, including the Seahawks, were skeptical of Brown because of his arm length, measuring at 29 ? inches. In their 11 years of drafting together, Seattle’s General Manager John Schneider and Head Coach Pete Carroll have never selected a player whose arm length measured under 32 inches.

For the first time in over a decade, Schneider and Carroll looked past this measurement and selected the high-intensity defender. While Brown doesn’t fit the mold of recent Seattle corners like Shaquill Griffin and Tre Flowers, his 4.42 40-yard-dash time, one of the fastest in the entire 2021 draft class, was something that immediately caught the Seahawks’ attention.

Not only did Brown play corner at Oklahoma, but he was also a standout performer on special teams. Brown was a significant contributor as a kick returner, accounting for over 1,200 kick return yards at 20.9 yards per return during his four-year career at Oklahoma. Because of his speed, he will be able to contribute on special teams right away, perhaps taking over kick return duties from Freddie Swain, who Seattle drafted in the sixth round of the 2020 NFL Draft.

Seattle lost standout corner Shaquill Griffin this offseason when he signed a three-year $45.5 million deal with the Jacksonville Jaguars in free agency. With Griffin missing from the Seahawks’ secondary, the team could develop Brown into a replacement for Griffin.

The #Seahawks addressed WR, CB, and OT and had some of the best UDFA signings in the league.

Doing what they did while working with just 3 picks is not even close to the second worst draft in the league. https://t.co/aDGLGPh0jJ

Leading up to the draft, Brown was highly regarded as one of the top corners available, but his size was a huge red flag for teams. This is the main reason he fell to the fourth round.

Despite this criticism, Brown has some impressive stats to back up his play. According to Pro Football Focus (PFF), Brown recorded the lowest passer rating allowed in single coverage in the entire 2021 draft class at 26.9. He also did not allow 70+ yards in coverage in any game at Oklahoma over the last two seasons.

With that being said, there are still some concerns surrounding Brown’s ability to excel at the professional level. Aside from his size, Brown is known to be “grabby,” meaning that he puts his hands on the player he is covering. This can lead to plenty of penalties, some of which could be costly at the next level.

It is still unclear what Brown’s role with the Seahawks will look like, but he is ready for whatever challenge that comes his way.

“I’ll play wherever they want me to play,” Brown told reporters via Zoom following his selection. “If they need me inside, I’ll go there and play inside and contribute right away. If they need me to play outside, I can also do that. My range is pretty wide, so it doesn’t matter.”

Seattle clearly has high expectations for Brown, but he is confidently optimistic about his ability to make an impact when the team returns to the field for training camp this summer.