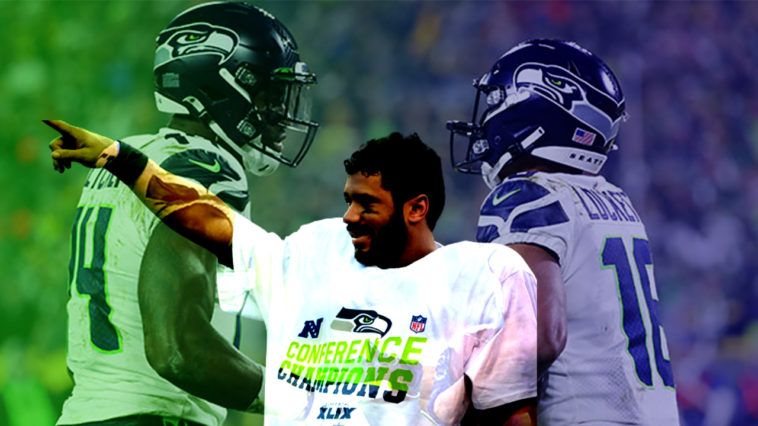 With the 2021 NFL draft upon us on Thursday, teams futures are being decided. Despite not having any first round draft picks this season, the Seattle Seahawks.. MY SEATTLE SEAHAWKS have had a rich history under Pete Carroll in finding gems in the third day of the draft in beyond. Here are some of the best picks late in the draft in the Pete Carroll and John Schneider regime.

Sometimes forgotten. But Thurmond was a beast in our secondary. Despite not being part of the Legion of Boom he was solid.

On the latest episode of Pod That the Jarjour Brothers (707) co-founders & brothers, George & Sami Jarjour discussed Seattle’s drafting, NFL Draft Red Flags, Kyle Trask winning a Super Bowl, and more… which can be played on Spotify below, or here for all other platforms:

“We’re a bunch of wild dogs until the big lion comes around.”

KJ Wright is still a staple on the Seahawks defense. And fun fact, I sat next to his family in a playoff game against the Falcons in Atlanta. And his family is awesome.

Other teams were made bro for missing out on Richard Sherman.

Despite the #Seahawks having the 56th pick as their earliest in the #NFLDraft… Don't forget they've done this:

Another amazing secondary piece for the Seahawks.

The 2011 draft class was amazing and he won the Super Bowl MVP.

A great part of the offensive line.

A super solid receiver for the Seahawks during his tenure in Seattle.

The heir to Marshawn Lynch he has been a stud in the backfield.

Yeah, yeah I know a punter.. but one of the best punters in the NFL.

The Seahawks of course also got Russell Wilson in the 3rd round of the draft and he’s the greatest player in franchise history. Bobby Wagner was a late round pick, and DK Metcalf was taken in the 2nd round. The Seahawks have been great late.

The #Seahawks have had some wild late round steals over the years. Can they do it again in the #NFLDraft? @PodThat discusses?: https://t.co/bzEVKGmm5z

Who you want with these picks? ? #NFLDraft2021 pic.twitter.com/UXQR719CiH