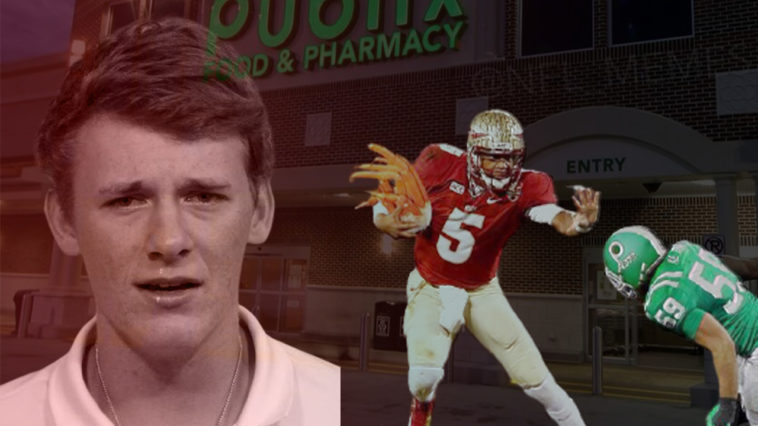 The NFL has a weird draft process. And sometimes GMs and head coaches will take a player off their draft board for the most odd, and minimal things, although some might be a bigger concern for an NFL Draft prospect. A recent reddit post highlighted the dumbest (and some spot on) red flags for NFL prospects throughout the years. With the 2021 NFL Draft on Thursday, here are some of our favorites:

Whoa, Cam Newton. You're playing well. But you have a long way to go until you can make laptop jokes. pic.twitter.com/z2KyY5WiP9

Flashbacks to when the Panthers passed on the Honey Badger just because he smoked a lil weed in college https://t.co/CnpaNCjm7u

On the latest episode of Pod That the Jarjour Brothers (707) co-founders & brothers, George & Sami Jarjour discussed NFL Draft Red Flags, and more… which can be played on Spotify below, or here for all other platforms:

Random #NFLDraft red flag ? stories from @PodThat latest episode! ? Which is the worst one?!

Trevor Lawrence showing why he’s projected to be the No. 1 pick ? @brgridiron

I really want the 49ers to go with Mac Jones pic.twitter.com/cvXvXsTKdW

– the #Seahawks finding gems in the late round of #NFLDraft2021 once again?!

– The weirdest Red Flags ? of all time in the draft