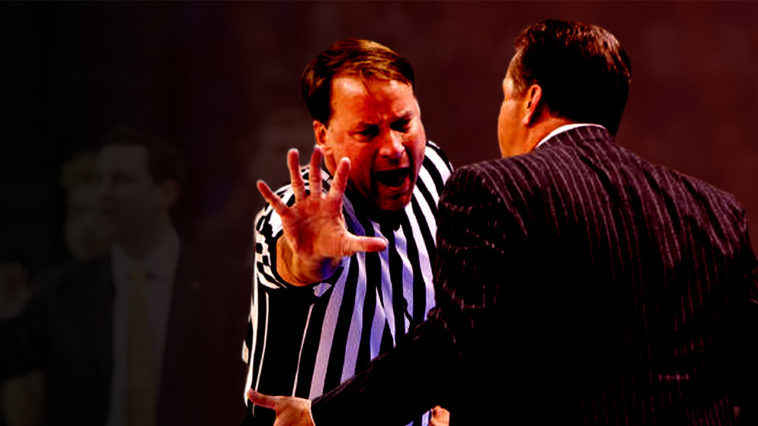 Being a NBA or a referee in general is not the easiest work. Refs aren’t universally loved even though they have a tough job. But a new bill being proposed in Wisconsin begs the questions are refs being soft? Judge for yourself:

The NBRA supports the proposed Wisconsin bill that would make harassing and assaulting referees and umpires a Class A Misdemeanor. #NBRA pic.twitter.com/aRvNxLA0Di

The bill would make harassing and assaulting referees and umpires a Class A Misdemeanor, which means a conviction could result in a nine-month jail sentence, a fine of $10,000, or both. Supporters of the bill think this is very necessary to address the verbal, and physical abuse sports officials endure.

On the latest episode of Pod That the Jarjour Brothers (707) co-founders & brothers, George & Sami Jarjour discussed NFL Draft Red Flags, Kyle Trask winning a Super Bowl, and more… Aka are refs now soft?!… which can be played on Spotify below, or here for all other platforms: