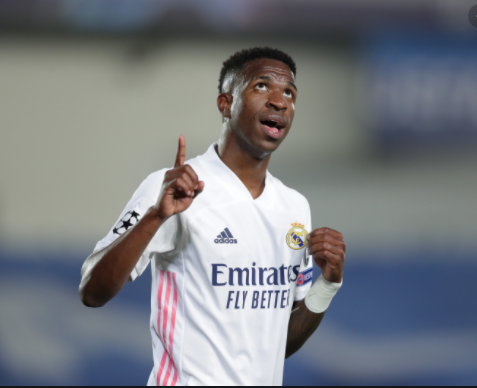 It has been a crazy 14 days.  People forgot all about the current Champions League tournament, as chaos and controversy surrounded the rise and fall of the proposed Super League.  Both of these clubs initially committed to the league, but, at least for now, that seems to be in the rearview mirror.

Our focus is back on the Champions League semi-finals, and we are poised for a fantastic first leg in Madrid.  Chelsea are relatively healthy going into this game, and their only notable absence is Mateo Kovacic.  While Kovacic has featured this season, Chelsea have a deep squad and he will not be sorely missed.

Real Madrid are in a much worse situation.  They will be without Sergio Ramos, Ferland Mendy, and Lucas Vasquez, who is out for the season.  Perhaps most vital is Fede Valverde’s covid diagnosis that sees him also missing the first leg.  He adds a completely different component to the Madrid midfield as he can skillfully drive forward better than any player on the team.   While Madrid have dealt with backline absences all year, their backups have really stepped up.

I think this will be a fascinating match.  Both Chelsea and Madrid have phenomenal defensive records in domestic and European competition.  The question is who on either side can help break through the defense and create chances to score.  Madrid have been so solid all year.  I am slightly concerned about the absence of Mendy, who is a superb defender that could handle Chelsea’s quick wingers.  Nevertheless, Madrid are likely to feature Nacho, Varane, and Militao on the backline.  It is hard to see Chelsea breaking through.  Carvajal could end up starting, but there are questions regarding his fitness since he is just coming back from injury.

In the midfield, Madrid hold an advantage.  Chelsea have not come up against a team as physical and technically gifted as Madrid.  Casemiro, Kroos, and Modric will look to control possession and play long balls to switch play and find wingers running forward.  Chelsea will not give up many chances, but Karim Benzema only needs 1 opportunity to convert.  He is simply that lethal.  Vinicius Jr’s pace and decision making will be the key to the outcome of this match.  If Vini can get behind the Chelsea defense and create chances for himself and others, than I think Madrid can score 2 or even 3 goals.  If he is kept under control, I doubt we see more than 2 total goals in the game.

Aside from Man City, this Chelsea squad are the most solid outfit in the Premier League this season.  Their attack is loaded with talent, but they are yet to fully click.  Instead, they are an extremely compact defensive unit that almost never give up chances and look to break on the counter.  With that said, I just don’t think the Blues have faced a team like Real Madrid since Tuchel took over as Manager.  Even with certain players missing, this Madrid team is supremely talented at every position.  Their defensive record is beyond reproach, and their offensive weapons are more likely to breakthrough and give them opportunities to score.

From Madrid’s point of view, the biggest priority will be to keep a clean sheet.  If they can avoid yielding an away goal, they will be in the driver’s seat for the second leg.  Assuming Mendy and Valverde can return in time, this would give Madrid a massive boost and allow them to really amp up the offensive pressure next week in London.  For this match, I see a tight affair, but one in which Madrid breakthrough.
Real Madrid 2 – Chelsea 0