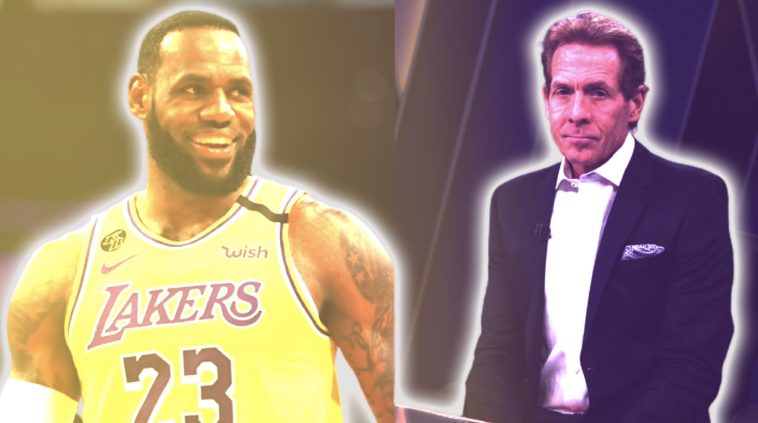 Skip Bayless dished out a backhanded compliment to LeBron James, as James injured his right ankle in the game against the Hawks.

The Los Angles Lakers fell short (99-94) against the Atlanta Hawks tonight. The already injury-riddled defending champions received a major blow as LeBron James had to leave the game after suffering an ankle injury.

James had a quick 10 points in 11 minutes before he exited the game. Two hours after the game, the Lakers announced that the King is out indefinitely.

But wait, of course, Skip Bayless finds a way to diss LeBron and says that he never sees a true injury when a player walks off the court… This was not true though, as we pulled up multiple players who have done so because Shannon Sharpe had to tell him off!