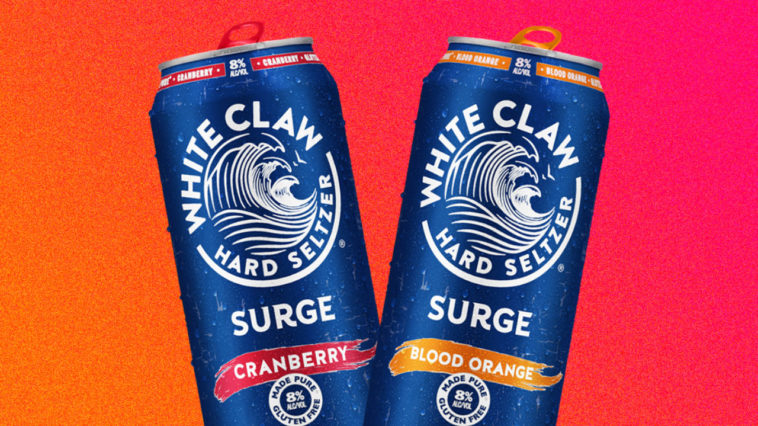 Many have been predicting a wild summer for everyone in the United States with COVID restrictions starting to get lifted and many people receiving vaccines around the country. But it with the latest news about White Claw we might be calling this the “Summer of Surge”. Why? Well, White Claw is releasing a new HARDER seltzer called Surge.

JUST IN: @WhiteClaw announces it is announcing a new sub brand called Surge that steps up the alcohol — from 5% ABV to 8% ABV pic.twitter.com/UwDBSMwQ6L

On the latest episode of Pod That the Jarjour Brothers (705) they discussed the biggest disappointments in Seattle Sports History including Robert Swift and the Seattle Supersonics. Our co-founders & brothers, George & Sami Jarjour discussed on their lasted podcast, Episode 705 of Pod That, which can be played on Spotify below, or here for all other platforms:

Source: White Claw is launching a line of high-ABV hard seltzers that it is calling Hard Seltzer Surge. You’ll have two flavor options—Cranberry and Blood Orange—when you’re looking for an 8% ABV version of the hard seltzer so ubiquitous that it’s close to being the Kleenex of the hard seltzer world.

Not only does Surge come with an elevated alcohol content, it comes in a 16-ounce can. That’s a good deal more punch than your typical 12-ounce White Claw that carries a 5% ABV. Though Surge is only going to be available in a single-serve 16-ounce can, which a representative tells Thrillist will typically cost about $2.99.

Well social media made the comparisons right away to Four Locos which left people getting pretty wild years ago. Even Four Locos chimed in themselves:

White Claw seeing themselves get compared to Four Loko****

Pretty safe to say it’s going to be a wild summer of the Surge.