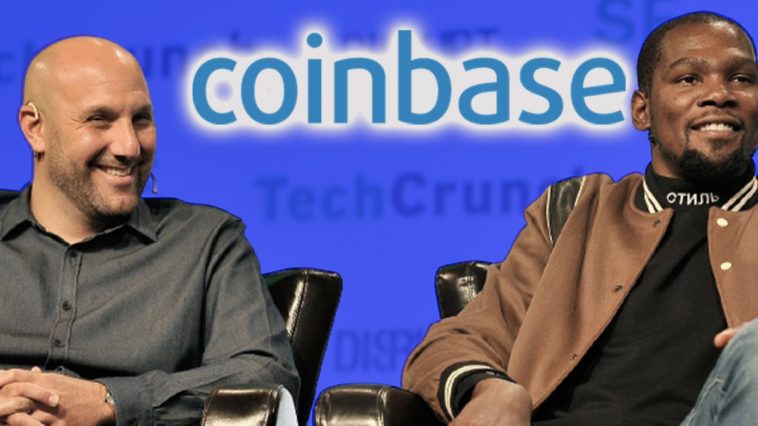 Kevin Durant is winning on the court a lot, and it turns out he might even be winning off the court even more. With investments like Postmates, and now Coinbase, Durant is really cashing in.

On Wednesday, the Nets star saw his Coinbase investment pay off when the digital currency exchange platform hit the public markets with a whopping $86 billion valuation. It marks Durant’s largest investment victory to date with his Thirty Five Ventures company.

The cryptocurrency stock closed at $328.28 in its first day of trading, following a mid-day peak at $429.

Durant initially invested in Coinbase in 2017, making his investment worth 54-fold after Wednesday’s news, according to Sportico. Since 2017, he has invested in around 50 startups.

Coinbase, since its 2012 inception, has soared in the cryptocurrency market with its advertised easy-to-use model. In late 2020, revenue more than doubled to $1.1 billion, according to the website. Though, that was pocket change compared to the first quarter of 2021, in which Coinbase announced preliminary revenue of $1.8 billion, up nine-fold.