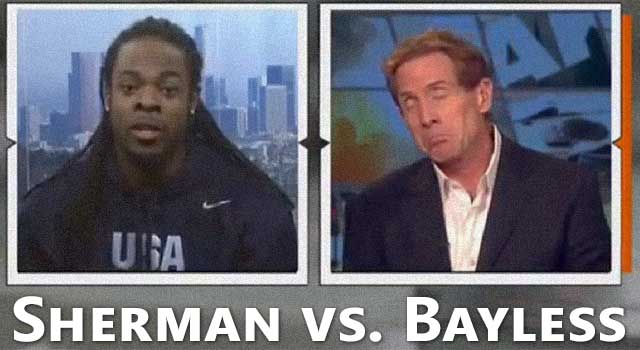 Sherman has a (well-deserved) reputation for being one of the game’s mouthiest players and while last night’s trash talk was in the heat of the moment, it wasn’t a one-off for the Seattle Seahawks cornerback.

Last March he went on ESPN’s First Take and had a go at Skip Bayless, who is a more divisive American version of George Hook and Eamon Dunphy combined.

Here are some of his most choice cuts: