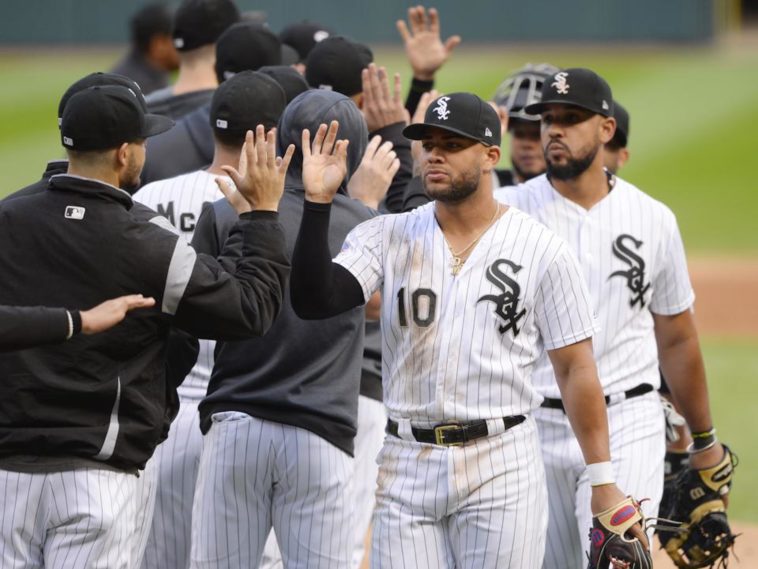 Fresh off a 2020 season that saw the South Siders make the playoffs for the first time in 12 years, expectations for the 2021 White Sox are high as they’ve been since 2006. After the doldrums of the rebuild have seemingly come and gone, there’s good reason for optimism on at least one side of Chicago.

With a young core bolstered by a few strategically added veterans, there’s no reason to expect this White Sox team won’t take the next step.  I predicted as much on this week’s Shoeless Goat Podcast.  In fact, taking that next step would mean, by default, that the White Sox have accomplished something that’s never happened in the previous 120 years: back to back playoff appearances.

Not the highest bar, but hey it’s Opening Day so I’ll dare to dream.

Before getting too deep into this, let’s take a look back at what changed in the offseason.

The Offseason in Review

All things considered, it was a busy offseason for the South Siders.  If you forgot or need a quick refresher, here’s a quick Sparknotes of the main acquisitions:

All in all, a solid offseason that gave the Sox needed pieces for a full 162 game 2021.  Did it leave something to be desired, like not adding a high level player in right or a steady veteran option at the back of the rotation?  Of course.  It wasn’t a perfect offseason, but I don’t see a bad move among those above.

Plenty of questionable moves, like dumping a beloved manager for a guy who hadn’t managed in a decade and spending basically all of your available payroll on arguably the team’s biggest strength (the bullpen), but questionable with risk doesn’t mean bad.

Oh, and Jake Lamb is now a White Sox.  Couldn’t forget the addition of a (four years removed) All Star player.

Looping this back into the 2021 White Sox, there are a few things that are abundantly clear:

First, with the offense. Now, while the Eloy Jimenez injury is a sobering reminder of the lack of depth on the roster in several spots, it doesn’t take away from the potential of this team.  Losing a 40 home run threat hurts, but this White Sox team has plenty of right handed pop to manage.

Yes, despite the loss of Eloy Jimenez, this group should still carry the group to a strong season.  You don’t go undefeated against lefties in a 60 game season because of one bat in your lineup.

While it’s likely we’ll see some sort of step back from Jose Abreu to somewhere between his career production levels and his Babe Ruth level of 2020, there is plenty of ground to be made up.  With a year under their belts, Luis Robert and Nick Madrigal should be better than in 2020.  If Adam Eaton can stay healthy, he’s a 2+ win player, which isn’t a bad option to have in the 8 slot. Whoever is DH’ing this year, be it Andrew Vaughn or Zack Collins, should be better than whoever has DH’ed for the Sox the last several years.  A low bar, yes, but one that should be cleared.

The biggest boost of them all, though, should come from a return to form by Yoan Moncada from his COVID-stricken 2020.  With Eloy gone, Moncada returning to his All Star-caliber level in 2019 becomes even more important.  If he can get back to being a 5+ win player, the Sox shouldn’t lose a beat.

A lot of moving parts and hope for progression, but even at a middle of the road projection, the White Sox offense should be among the league’s best.

On the starting pitching side, we know what we’re getting with the top 3.  Giolito is a consensus Cy Young candidate, and Lance Lynn isn’t too far behind.  While Lynn doesn’t have the top flight potential Giolito is still growing into, those two are as strong as any 1-2 (yes, I know Lynn is third in the depth chart).

Dallas Keuchel is a bit more of an enigma, with a surprisingly strong 2020 buoyed by an absurdly low HR/FB rate of 4.7%,  a sub-6 hits per nine innings, and a sub-2 ERA that was well below his FIP of 3.08.  In any event, behind Lynn and Giolito, we know who Keuchel is.  He may not be the Cy Young guy of 2015, but he’s still a damn good pitcher you can count on every fifth day to put you in position to win.  It’s a shame his one poor start of 2020 came in the playoffs, but that doesn’t take away from who he was for the Sox last year.  For 2021, he’s about as dependable of a 3 as you can get.

The bottom 40% of the rotation will really determine how far the Sox can go this year, as far as the 162 game regular season is concerned.  Three good starters and a dominant bullpen can get you through the playoffs, but you’re not winning 90+ games with minuses at the back of the rotation.

While Dylan Cease has all the potential in the world, he hasn’t quite put it together yet.  I’m not quite ready to claim Ethan Katz fixed him, his Spring performance has been at the very least encouraging.  He’s been striking a ton of guys out, a positive trend for someone who has surprisingly been unable to miss bats thus far despite plus stuff.

If Cease can become a top half of the rotation guy this year, the Sox are cooking.

Likewise with Carlos Rodon, who returned to the Sox and won the fifth starter job relatively easily over Reynaldo Lopez.  The key for Rodon though, unlike Cease, is just to stay healthy.  His weird and entirely forced bullpen role in late 2020 aside, when Rodon has been healthy, he’s been a solid or better MLB pitcher.

The problem is, he hasn’t pitched over 20 games since 2016.  If he can give the Sox 20+ games of his career production so far out of the fifth slot, they’re in business.  If he can’t you hope and pray Reynaldo Lopez, Jimmy Lambert, or Jonathan Stiever can carry the freight, or you can quickly stretch out Michael Kopech.

This is where this year’s White Sox team will really make their money, with a dominant and deep bullpen the likes of which you don’t see too often.  From top to bottom, you have everything you could possibly want out of a bullpen:

Ok, so one of those things is not like the other.  But if Jose Ruiz is your 8th guy in the pen, you have a top flight group.  Bullpens are probably the toughest thing to project due to relatively small sample sizes from year to year, but going into a season it’s hard to imagine feeling more comfortable with a bullpen group.

From here, it’s time to get to answering the initial question behind this blog…

More or less, this is an easy answer.  In 2021, the White Sox have to take a step forward.  I’m not saying this season is World Series or bust – I’ve always been of the belief that you can’t build a team for a World Series.  You get to October, with the main goal of not limping into it, and hope there isn’t another team that’s an absolute buzzsaw,  From there, pray for a few weeks of luck.

AJ Pierzynski takes first on a phantom dropped third strike in the bottom of the 9th with two outs. The next batter drove in his pinch-runner and the White Sox won. Always sell it. (ALCS Gm 2, 2005) pic.twitter.com/0ch2C5F5JL

Everything up til then, though, is fair game.  With that in mind, the White Sox have to do something they still haven’t done since 2008: make the playoffs after a 162 game season.  Anything less is a failure.  There’s no way of sugarcoating it, no getting around it, making the playoffs in 2021 is table stakes for a successful season.

From there, to come out of this season satisfied as a fan, it gets a bit complicated and arbitrary.  Sure, if they get to the ALDS after a 95 win year and lose a shootout of a series to a damn good Yankees or Astros team, I can live with that.  It’ll leave a bad taste, but I’ll live with it.

It depends on how it unfolds, but to truly walk away from the 2021 season feeling satisfied about a week after it ends, there needs to be a playoff series win, be it by Jose Abreu catching the ball at first to vanquish the Astros or Twins, or Liam Hendriks doing exactly what he did to the Sox in 2020.

Liam Hendriks in the 2020 Wild Card Series retired 8 @whitesox in 25 hours and all were via the strikeout. ??? pic.twitter.com/6isUjG5aBg

With the limited window any team has, not to mention a potential labor strike in 2022, the White Sox need to take advantage of the opportunity they have.  I have every ounce of faith this team is capable.

Time to make it happen.

ALCS (or further) or bust!