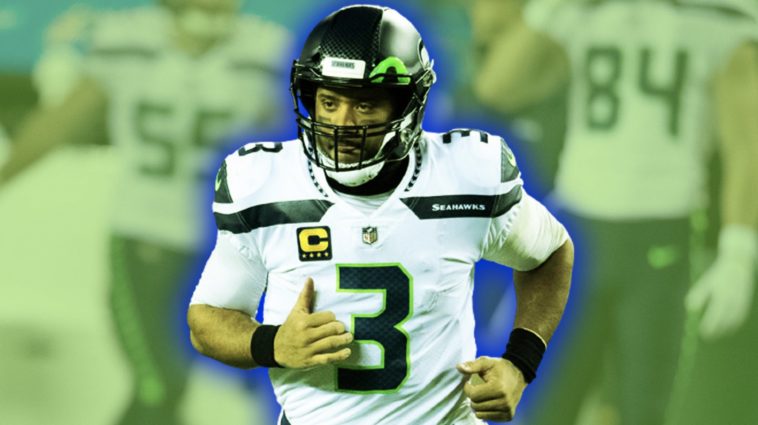 Well, Russell Wilson finally said “Go Hawks” his classic line again, after the Seahawks made signings of Gerald Everett, Gabe Jackson, and Chris Carson… Russ seems happy in Seattle again. Yet, there has been a murky timeline of things going down until we got back to this point.

March 17: Dan Patrick reports that the Bears made a massive offer for Wilson, willing to part with three first-round picks and more for the passer. The decision lies with head coach Pete Carroll.

March 11: CBS Sports’ Jason La Canfora reports that the Bears are prepared to make a Godfather offer for Wilson. The Bears are “desperate” per report.

March 9: The Seahawks send out a post-mortem letter to season ticket holders, as is customary among NFL teams. The letter, though, omits Russell Wilson’s name despite mentioning the franchise record-setting offensive season they had. The letter mentions wide receivers Tyler Lockett and DK Metcalf, too.

March 8: ESPN’s Adam Schefter reports that the idea that Wilson could be traded is “very real,” adding more to the idea that the passer could be dealt in the coming months.

March 5: The Bears, one of the teams Wilson would supposedly OK a trade to, are making trading for the QB their No. 1 priority this offseason. While there are hurdles of cost and trade pieces, the Bears are pushing the chips in for Wilson. In February, ESPN’s Adam Schefter reported that Wilson would “happily accept” a trade to the Bears.

March 4: ESPN’s Dianna Russini says that teams are calling regarding Wilson — and Seahawks brass is picking up the phone. While the team isn’t “shopping” Wilson, per Russini, they are, at least, listening on his availability.

March 4: NFL insider Dov Kleiman details the rift between the Seahawks and Wilson, and reports that Wilson’s inability to sustain his MVP-level play for an entire season is at the forefront. The team doesn’t trust Wilson to be the “focal point” of the offense moving forward.

Feb. 25: The Athletic reports that Russell Wilson “stormed out of a meeting” prior to the Seahawks’ “Thursday Night Football” matchup vs. the Cardinals. Wilson had ideas on how to fix the Seahawks’ offense, but those ideas were dismissed. The Seahawks would win 28-21.

Feb. 25: While Russell Wilson still hasn’t formally requested a trade, Wilson’s agent Mark Rodgers poked the beehive a bit more. Rodgers tweets that Wilson would accept a trade to one of four teams: the Cowboys, Saints, Raiders or Bears.

Feb. 23: With speculation of a Wilson trade heating up, NFL Network’s Michael Silver reports that the Seahawks have clipped a pricetag to Wilson, with the cost in a trade sitting at a gaudy three first-round picks. Silver reports that as many as a third of the teams in the league have called asking for Wilson’s availability.

Feb. 11: According to Dan Patrick, the Seahawks are disappointed with the way that Russell Wilson is airing his dirty laundry in the media:

“A source told me that the Seahawks’ management is not happy with Russell Wilson and his camp for taking this to the media,” Patrick said. “You wonder if they’re going to be able to co-exist. … The current situation is not sustainable. That’s what I was told.”

Feb. 9: Former wide receiver Brandon Marshall speaks on the situation with the Seahawks and Wilson, offering a bit of inside information. Marshall, who spent time with the Seahawks in 2018, says that the Seahawks don’t “believe” in Wilson, and that Wilson is trying to find his way out of Seattle in a “classy” way.

Feb. 9: Speaking on “The Dan Patrick Show,” Wilson offers some particularly candid comments on his role with the inner workings of the team, saying he’s not involved in personnel decisions and would like to be. Wilson also says that he believes the Seahawks have gotten calls on his availability.

Jan. 12: Seahawks fire offensive coordinator Brian Schottenheimer. The high-flying ‘Hawks offense stalled out in the second half of the season, but they still finish top 10 in points scored (459 is a franchise record).

Jan. 9: Seahawks fizzle out to end their season, losing to the Rams in a 30-20 NFL Super Wild Card weekend matchup.