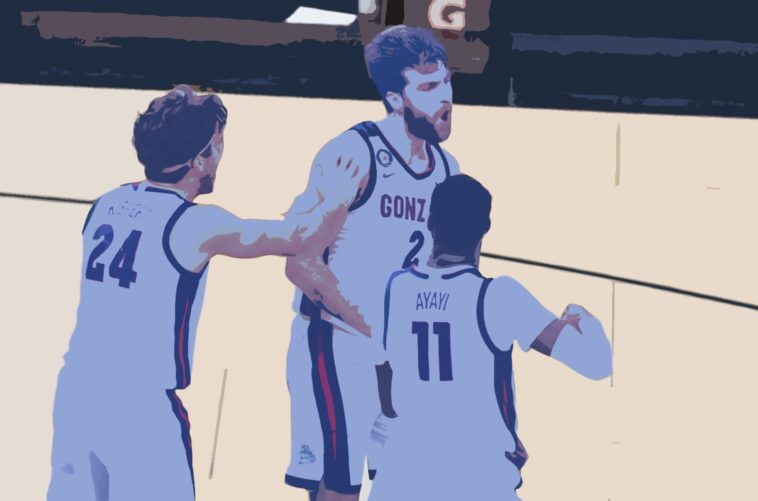 Can the Gonzaga Bulldogs make history and go 32-0 while winning the NCAA March Madness Tournament?

Five teams have finished the regular season undefeated since 1976 — with the most recent being Wichita State in 2014 and Kentucky in 2015 — but each of those squads either lost in their conference tournament or the NCAA tournament. Two of those teams — 1991 UNLV and 2015 Kentucky lost in the Final Four. The 1979 Indiana State team led by Larry Bird made it to the national championship before its first loss.

Here’s a rundown of every undefeated national championship team since 1939, in order from last to first, and a couple stats from each perfect season.

The Indiana Hoosiers were led by Associated Press player of the year Scott May, who averaged 23.5 points and 7.7 rebounds per game. Kent Benson (17.3 ppg, 8.8 rpg) was another bonafide star for the Hoosiers. Opening up as the AP No. 1 team, Indiana’s season began with a 20-point thumping of the defending national champion UCLA Bruins, ranked No. 2 at the time. Indiana is one of seven champions to go wire to wire as the No. 1 team.

Indiana would defeat UCLA a second time in the Final Four, then beat Michigan — a team that took the Hoosiers to overtime at Assembly Hall in the regular season — in the national championship game, 86-68. The Hoosiers shot 51.7 percent for the season.

The UCLA Bruins had a guy that might sound familiar — Bill Walton. Walton averaged 20.4 points and an outrageous 16.9 rebounds per game. He won his second consecutive AP player of the year award on UCLA’s way to an unprecedented seventh straight NCAA championship.

The Bruins shot 51.9 percent for the season and won all but four games by double digits. They even won 14 games by 20 points or more. In the NCAA tournament, UCLA beat Arizona State, San Francisco, Indiana and Memphis — which were all ranked in the final AP poll. The next season, UCLA’s winning streak would finally end at 88 games.

Back when freshmen weren’t eligible to play, 1972 was Bill Walton’s first college basketball season and he became an instant phenom, averaging 21.1 points and 15.5 rebounds per game on his way to the AP player of the year award. But also integral to John Wooden’s championship team was senior Henry Bibby, the father of NBA star Mike Bibby. The elder Bibby had his most productive season for the Bruins with 15.7 points per game.

UCLA began the season with seven straight games scoring more than 100 points. The Bruins shot better than 50 percent from the floor for the season and beat Louisville in the Final Four, then Florida State in the national championship.

When thinking about Lew Alcindor’s legendary career at UCLA, it’s easy to forget that 1967 was his only undefeated season. Granted, the artist now known as Kareem Abdul-Jabbar won more national championships (3) at UCLA than games he lost (2).

Alcindor was named AP player of the year for averaging 29 points and 15.5 rebounds per game and having arguably the most dominant season in the history of college basketball. In the Final Four game against Houston, he recorded 19 points and 20 rebounds. The 7-foot-2 luminary of the modern dunk followed that performance with 20 points and 18 rebounds in the national championship against Dayton.

The 10 championships John Wooden and UCLA won in 12 seasons began in 1964 with a couple guards leading the scoring unlike the majority of Wooden’s championships.

Gail Goodrich and Walt Hazzard averaged 21.5 and 18.6 points, respectively, for the Bruins. Starting as the No. 6 team in AP poll, UCLA beat top-10 teams Kansas and Michigan in nonconference play, which set the stage for a perfect season in the AAWU conference. UCLA beat Duke 98-83 in the national championship game.

It took six overtimes in the final two games, but the North Carolina Tar Heels completed a perfect season and claimed its first national championship in 1957. North Carolina beat Kansas in the national title game 54-53 in triple overtime.

Lennie Rosenbluth and Pete Brennan were co-ACC players of the year in 1957. Rosenbluth averaged 28 points and eight rebounds per game. Brennan averaged 14.7 points and 10.4 rebounds. To make the national championship game, North Carolina beat Michigan State, 74-70 in three overtimes. In that championship game, the Tar Heels had to beat arguably the best post player in basketball history — Wilt Chamberlain.

During the 1954-55 season in which the Dons lost one game at the beginning of the year to UCLA, Russell averaged 21.4 points and 20.5 rebounds. The next season, he followed up with 20.6 points and 21.0 rebounds per game. He ended his career at San Francisco with the Dons on a 46-game winning streak and back-to-back championships.