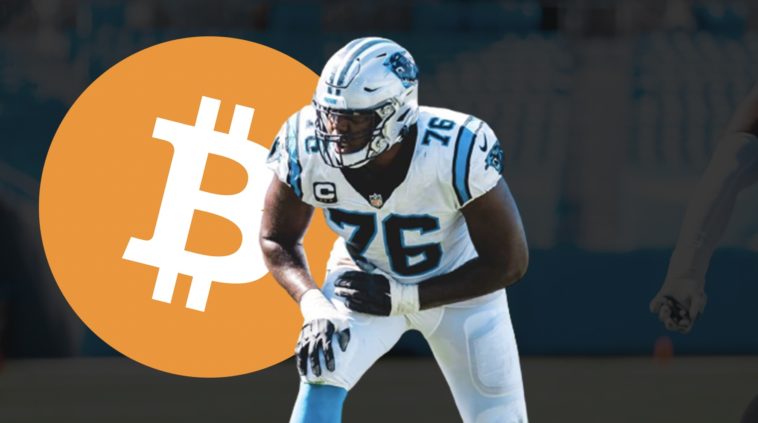 Russell Okung jumped on the cryptocurrency train as the first NFL player to get some of his contract converted to Bitcoin… A whole $6.5 Million of cash into Bitcoin. Many way of thought this offensive lineman was crazy, but he quickly was proven to be right.

The 32-year-old is the first NFL player to have a portion of his contract paid out in Bitcoin, but he isn’t the first from a major American sports league to explore the idea.

Okung, working as his own agent, signed a four-year, $53 million deal with the Los Angeles Chargers in 2017. He’s in the last year of his deal and due to become a free agent in 2021, which will allow him another opportunity to collect a big payout, potentially in the form of digital currency. He took part of that final salary in Bitcoin.

“For instance, when BTC hit $44k, the half of his contract that is paid in BTC climbed to $10.59 million, at $56k+ his half turned into more than his entire quoted salary. As far as 2020 NFL salary stats are concerned, Okung has entered the top five position. However, the NFL has recently decided to cap the league’s salaries at $180 million and a ball player’s contract could change in 2021. Because the Carolina Panthers’ offensive tackle (OT) gets half of his salary in BTC, many proponents think of him as the highest-paid player in the NFL and not just ahead of the highest-paid OTs.”