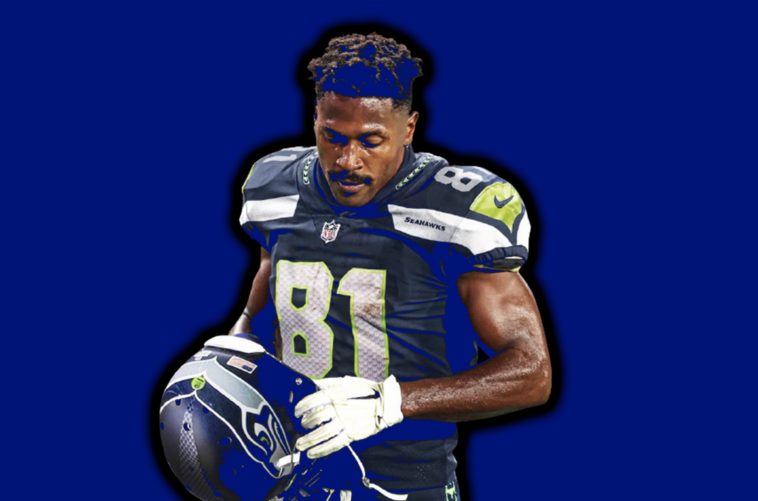 While he remains unsigned, Antonio Brown does not appear to be worried about his current situation. The former All-Pro receiver exuded confidence when asked whether or not he will be back with the Buccaneers for the 2021 season. Yet, the Seattle Seahawks might end up making a push if Russell Wilson truly wants AB in Seattle in 2021.

While Brown and Fournette may ultimately re-sign with Tampa, ESPN Radio host John Clayton recently told 93.7 “The Fan” in Pittsburgh that Russell Wilson is still trying to get the Seahawks to sign Brown. Wilson publicly lobbied for Seattle to sign Brown before the Buccaneers ultimately signed him six weeks into the 2020 season. Brown and Wilson worked out together last offseason.

Back in 2020, when Antonio Brown was trying to figure out if his career was going to continue, Russell Wilson said this:

The Seahawks have made a couple of additions to the offense, signing tight end Gerald Everett from the rival Rams and acquiring center Gabe Jackson from the Raiders. The team also re-signed running back Chris Carson, which earned Wilson’s approval.