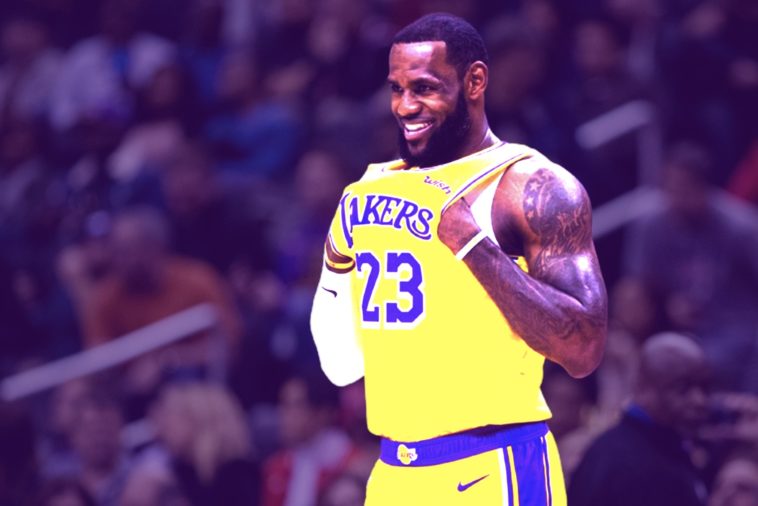 LeBron isn’t the richest NBA player to do it, yet, and might never be. While Michael Jordan still reigns supreme when it comes to net worth, LeBron James isn’t doing too bad himself. Despite turning down a $10 million offer from Reebok in high school, the three-time NBA champion has still become one of the world’s richest athletes. Currently, James has an estimated net worth of $480 million.

LeBron James first publicly expressed his desire to become a billionaire in a 2014 interview with GQ’s Jeanne Marie Laskas. “It’s my biggest milestone,” James said. “Obviously. I want to maximize my business. And if I happen to get it, if I happen to be a billion-dollar athlete, ho. Hip hip hooray! Oh, my God, I’m gonna be excited.” Well, according to Kurt Badenhausen of Forbes, it’s close to becoming a reality. He reports that James is expected to cross $1 billion in career earnings in 2021.

James would become just the fifth active athlete to reach $1 billion in career earnings, joining Tiger Woods, Floyd Mayweather, Cristiano Ronaldo and Lionel Messi. That would make LeBron the first American team sport athlete to accomplish the feat, though Michael Jordan did so after his career. James has a lifetime deal with Nike reportedly worth in excess of $1 billion itself, and recently left Coca-Cola to sign a new endorsement contract with Pepsi.

LeBron entered the NBA at age 18, and has made over $340 million in his career to this point. He’s under contract through the 2022-23 season with the Los Angeles Lakers, and has a shoe deal believed to be worth over $1 billion with Nike. The four-time NBA MVP collected $30 million from Apple when they purchased Beats By Dre in 2014, a company in which James had a 1% stake in. James is currently estimated to make $100 million per calendar year when you combine his NBA salary and other endorsements/investments, which means he very well could top this list someday.

Lets not forget that LeBron James now also a part-owner in the MLB team, the Boston Red Sox. This comes through the same owner group of his Liverpool deal, were he entered the investment as a part-owner of Liverpool FC since 2011 and has a 2% stake in the club.