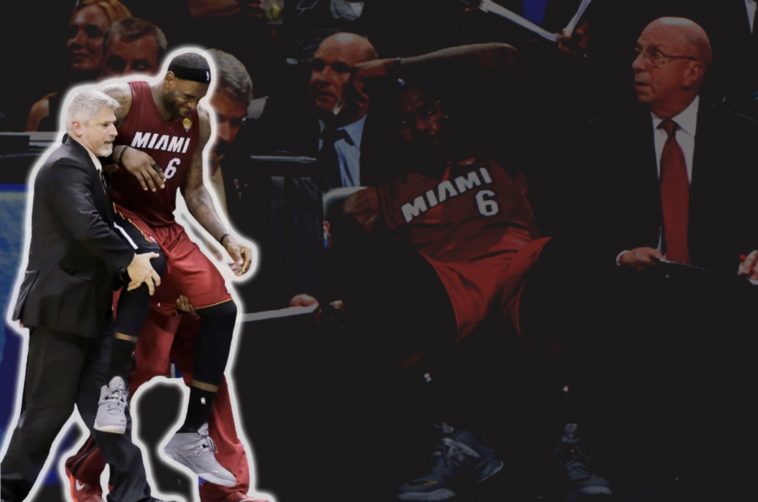 Never forget when Miami Heat forward LeBron James was forced to exit early from Game 1 of the NBA Finals because of severe leg cramping caused by extremely warm temperatures after the air conditioning in the arena malfunctioned. “It was the whole left leg, damn near the whole left side,” James said.

But this is where the subject becomes fascinating: Prior to Game 1 of the NBA Finals, James had been a marvel of optimum health. He had an indestructible persona. He never gets hurt. He never seemed to get tired.

Watching him incapacitated on the bench was a stunning visual, something we’ve never seen from James in the past.

Yet those who know James best are not surprised. He’s had cramping issues in the past, and he’s had problems with hot arenas come playoff time. According to one report, the Heat purposely make their arena so cold in the postseason that customers are actually chilly. They do this to keep James from cramping.

Jason Terry, however, thinks the Spurs do things like this on purpose…

“Oh, no question. For an event of that magnitude, to say that the AT&T Center’s air-conditioning is not working — there’s definitely something wrong with that.”

The 36-year-old, who won an NBA championship with the Dallas Mavericks in 2011, gave examples in the past when he thought the Spurs had intentionally done things to the visiting team to throw them off balance before the game.