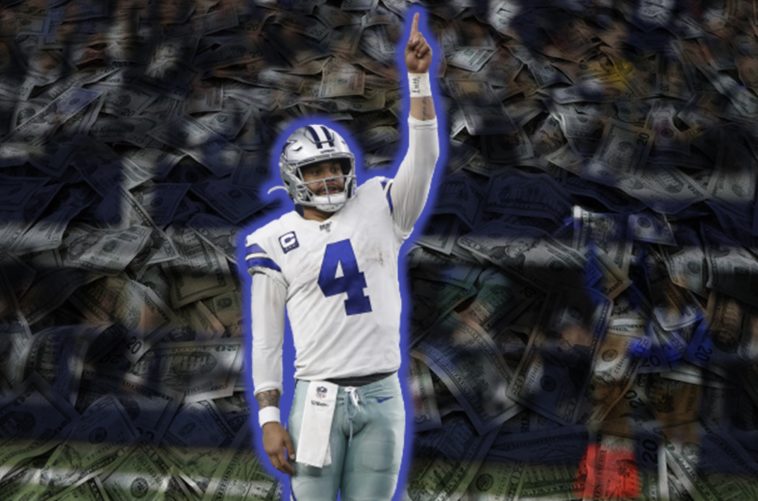 Dallas Cowboys star QB Dak Prescott just got paid. After a long stand still in negotiations by both sides the team and the star QB reached an agreement that makes Dak Prescott the 2nd highest paid QB in the NFL after Patrick Mahomes. The deal included a no-trade clause and no-tag clause as well.

The deal has a maximum value of $164 million, including $126 million in guaranteed money, and includes two key details: A no-trade clause, and a no-tag provision. Prescott’s deal averages to $42 million a year over the first three seasons with $75 million in the first season and a $66 million signing bonus. Jerry Jones is ready to watch his man try to bring the Cowboys back to the Super Bowl for the first time in nearly 30 years.

During the latest episode of PodThat the Jarjour brothers discussed Dak’s new deal: