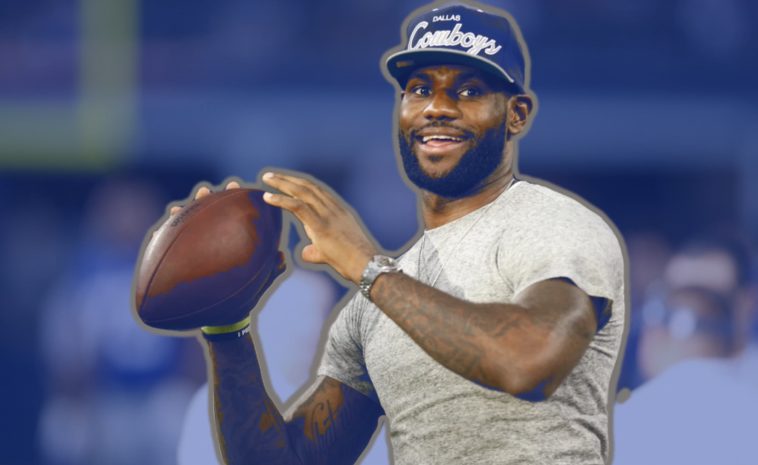 I think it’s obvious just how great an athlete LeBron James is. He’s an athletic freak unlike we have ever seen. During his high school days LeBron played WR and could have most likely played division one football. At the moment all we have is grainy high school tape of LeBron playing high school football St. Vincent – St. Mary’s:

But according to the Athletic LeBron got an invitation to try out for the Seattle Seahawks and the Dallas Cowboys during the 2011 NBA lockout and he seriously considered it according to LeBron James.

Source: James talked to The Athletic about his football career, and he recalled Cowboys owner Jerry Jones inviting him to try out in 2011 and Seahawks coach Pete Carroll sending him a custom jersey with an invitation. He obviously didn’t accept either offer, but he told The Athletic he “seriously considered” the Cowboys’ invitation and even started adjusting his training and running routes.

In the latest episode of PodThat with the Jarjour Brothers we discussed if LeBron would have been a great football player and what kind of impact he could have had in the NFL:

Never forget when LeBron and KD played against eachother in football during the lockout ? @thesportsontap pic.twitter.com/NJMrAITTWT