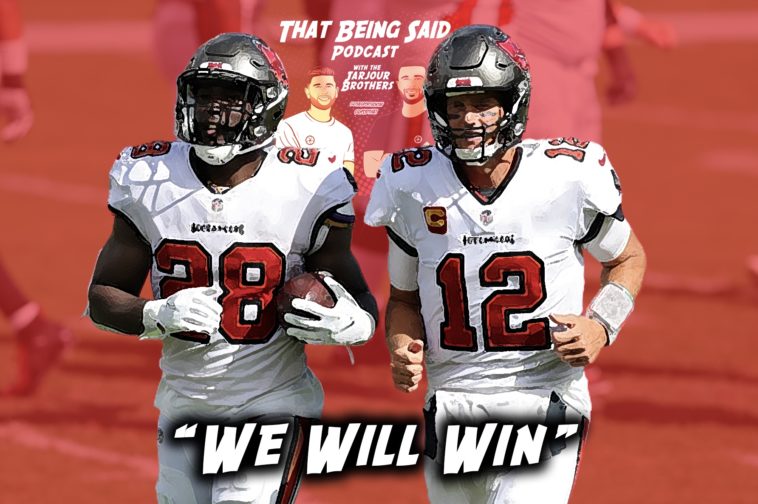 Most people know the urban legends about Tom Brady. Many believe that he actually sleeps at 9 PM every night which is one of the many extraordinary rumors and stories you’ve heard about Tom Brady. But according to his teammates it sure looks like Tom Brady was up past his usual bedtime during Super Bowl week. According to running back Leonard Fournette Tom Brady was texting his teammates every night through the week leading up the game with a simple but inspiring message, “We will win this game”.

Tom Brady was texting Buccaneers teammates throughout the week at 11 p.m., per Leonard Fournette.

Brady's message: "We will win this game." pic.twitter.com/pPSK2gfHbp

During the latest episode of Pod That. We discussed the leadership of Tom Brady and how he was able to inspire his teammates and help lead them to the Super Bowl and in the meantime win his 7th Super Bowl title.