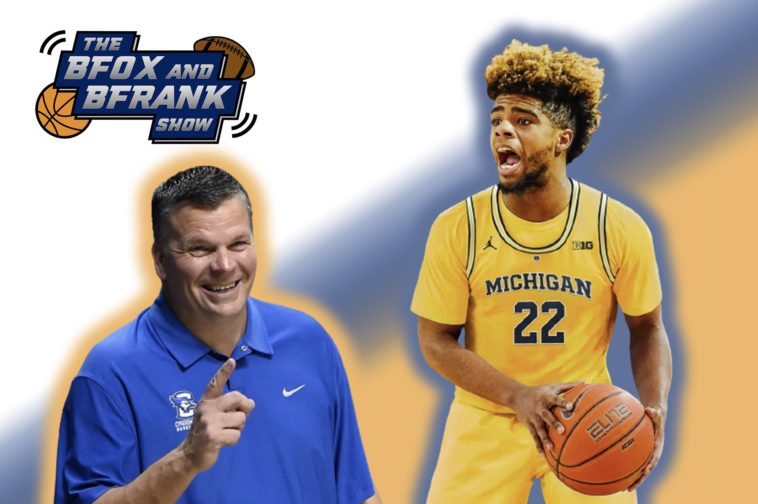 Another busy week for The B-Fox and B-Frank Show as we’ve got some coaching changes in both College Football and College Basketball along with the week’s winners and losers, and some bubble talk. The Brians open in College Football with UCF hiring former Auburn coach Gus Malzahn to the same position. The guys discuss whether or not UCF came out better than where they were despite losing their AD and Head Coach. They also discuss what to expect from Gus at UCF and if he’s ready to handle the pressure of the rabid fanbase in Orlando.

Switching gears to College Basketball, the biggest off-the-floor news came as Duke freshman Jalen Johnson opted out of the remainder of the season and is focusing on the NBA Draft. The guys recap his decision and share their thoughts on it and try to make some comparisons as more people than expected were #madonline about this move.

Believe it or not, we are under a month away from Selection Sunday. As a positive bunch, the Brians open with the teams that had a great week last week and it’s hard to top what Creighton did knocking off Villanova. Michigan and Florida State both grabbed impressive wins, Michigan over Wisconsin coming off the COVID pause and Florida State by obliterating Virginia. The Muss Bus and Arkansas get a shout as well following their strong week with a win over Missouri. The final shoutouts belong to Wichita State who quietly and surprisingly sits 2nd in the American Athletic and Bellarmine, the newly D-1 program that has won 10 straight and is first in the A-Sun.

On the losing side, there was one clear loser this week and that was Jim Christian. Boston College fired Christian this week after 7.5 seasons of poor basketball. Christian finished nearly 70 games under .500 in ACC play and never really showed a threat of turning the program around. The Brians talk about where BC goes after this and who some targets should be.

As for losing teams, the guys felt generous this week, B-Fox more so than B-Frank as he had just one loser and that was Missouri. The Tigers have been a tough team to gauge this season because it seems whenever they take a step forward, they take two steps back the following week. Mizzou simply can’t string together a few consistent weeks. B-Frank also called out Penn State for losing to Michigan State and Nebraska and Minnesota for not having a road win and getting swept by a maybe decent Maryland team.

The penultimate topic of the show centered around both B-Fox and B-Frank’s Alma Maters: Indiana and Seton Hall. Both programs are squarely on the bubble and with just five games remaining for each club need to put together a nice string of wins to ensure their place in this season’s NCAA Tournament. B-Fox is not confident about his Hoosiers with a tricky schedule to close the year including a home game against Minnesota (that team that hasn’t won a road game yet this year). Meanwhile, B-Frank is cautiously optimistic, the Pirates play a much softer schedule down the stretch and should be in a position to finish the regular season strong.

Lastly, Season 6 of the Heat Check Sim is right around the corner and B-Fox’s Georgia Bulldogs are pre-season ranked. He is projected to finish 3rd in the SEC while B-Frank’s Pirates are picked to finish 4th in a much more compact Big East.