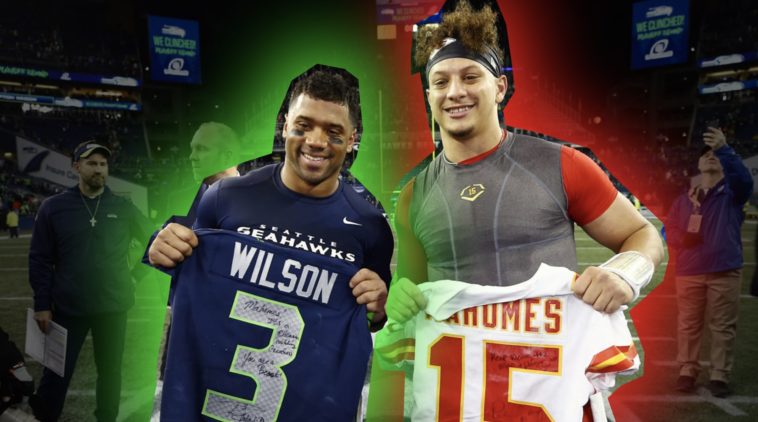 It appears Russell Wilson and Patrick Mahomes share a few thing in common as being great young quarterbacks with bright futures. Yes, Mahomes is younger but both are either relatively young in QB years. But one thing they both have in common? Well, the way they lost to Tom Brady in their 3rd year as NFL starter and both in the Super Bowl. What makes them even more eerily similar is the paths they took.

Pretty crazy but Patrick Mahomes is on the same track as Russell Wilson through his first 3 seasons.