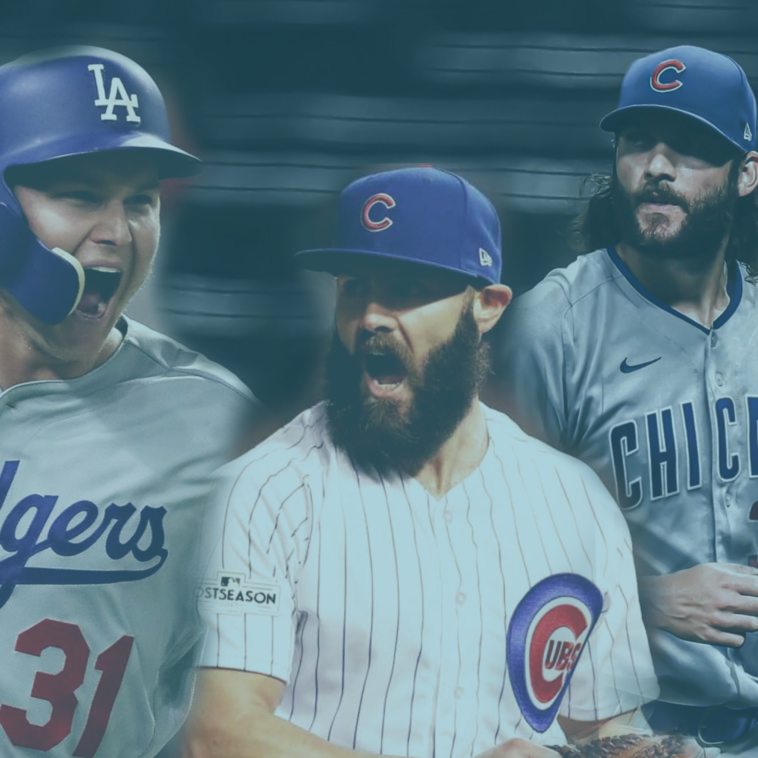 The Chicago Cubs’ offseason has been rather “splashless” for lack of a better term. The beginning of the Hoyer era is shrouded in uncertainty and an apparent lack of targeted direction for the future. Regardless, they have made some promising, albeit cost-effective, signings in the past few months. The following is my grade on the notable Cubs acquisitions.

This was an absolute crowd-pleaser move, and why not? Jake Arrieta is one of the most beloved Cubs in recent memory and he is back home to Chicago where he had his greatest success. The 2015 Cy Young winner would probably like to forget his time in Philly. What better way to do that than to return to the team that gave you your first real shot? Strictly from a baseball standpoint, Jake is probably the 3rd or 4th best starter in a somewhat weak rotation. If he can harness his former Cubs energy, this 1 year deal with a mutual option for 2nd will be more than worth it. That is a big if though…

The hats are tilted once again on the North Side. Yes, in true “getting the band back together” fashion Pedro Strop has the opportunity to join his previously mentioned trade-mate on a major league club. He was signed on February 17th on a minor league deal with the chance to crack the big league club. Strop is coming off a very forgettable stint in Cincinnati who released him mid-season last year. By the numbers, Strop is the franchise leader in holds and sports a 2.90 ERA and a 1.05 WHIP in the blue pinstripes. Like his former teammate, Arrieta, we are simply hoping for a taste of his former self.

The Cubs took another minor league flyer on 2015 All-Star Shelby Miller in hopes that he can live up to his first-round draft selection once again. Miller was best known for his work with the Cardinals as well as being the major trade piece with Atlanta in the Jason Heyward deal. Between 2013 and 2015 Miller averaged 187+ innings per year but hasn’t even come close to that recently. At the surprising age of only 30 years old, this may be MIller’s last chance to prove he belongs on an MLB roster. Let’s hope this sense of urgency awakens something in the right-hander who would be a nice depth piece.

With the non-tender of World Series hero Kyle Schwarber, the need for an ultra-streaky power-hitting Lefty arose. In steps Joc Pederson on another one-year prove-it deal. Besides Kike’ Hernandez, it feels like Pederson did a majority of his damage against the Cubs so I don’t hate this move. He is also a slight defensive upgrade in the outfield. He is, however, a candidate to be a .195 batter at the all-star break. I guess Cubs fans are used to it at this point but let’s hope Joc can bring back some of his postseason clutch to propel the Cubs into mild contention this year.

The necessity for pitching depth is more than expected this season for a number of reasons, so it never hurts to snag an MLB-proven starter. With that being said, Trevor Williams’ success of late has been rather non-existent. In all fairness, I would be deflated too if I was playing for an intentionally depleted Pirates squad so lets hope the change of scenery gives Williams some new life. He seems to be good for 150+ innings which is something the Cubs will cherish with their shaky-at-best bullpen. Williams gets a C++ because I simply could not justify getting him into the B-range with his last two seasons of suckery.

I think we need to make it clear that it is not Zach Davies’ fault that he got traded for Yu Darvish.  Now that that’s out of the way, I really do think Davies will have a fine season on the North Side. He is coming off his best statistical season, albeit shortened, going 7-4 with a 2.73 ERA. On top of that, he is a free agent at the end of the year so he will surely be looking to perform at a similar level. The Cubs rotation as a whole does not feature a pitcher that throws any significant heat which leads me to believe they will win a lot of the first games of the 3 and 4 game series. Davies has often been called Kyle Hendricks light, which Cubs fans will certainly be in favor of.

Without making a trade the Cubs and the Mets essentially swapped late-inning defensive replacements in Albert Almora and Jake Marisnick. More known for his time in Houston, Marisnick is a speedy hustle guy that can play any outfield position and endear himself to the old-school fans. His career .229 batting average is something to be desired but that’s not why he’s on the squad in the first place. Look for Jake to make a couple of spectacular plays in left field when the game is on the line.