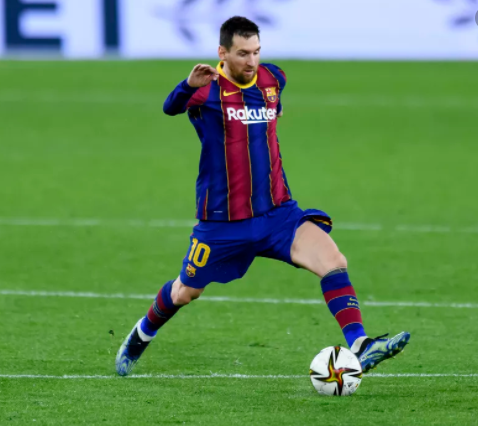 I can hear the Champions League anthem playing beautifully in my head…. the greatest tournament in club sport is back!  The Champions League is truly a spectacle like no other.  There are some fantastic ties this round that are sure to be filled with fascinating and enthralling tactical battles.  Throughout the next 2 weeks, we will take a look at the games, and I will offer my educated opinion on who will ultimately go through.

The last time these two clubs met, Barcelona stormed back from a 4 goal deficit to defeat PSG in what Catalonian fans voted their greatest match in the clubs history.  Neither team is willing to accept an early European exit, which will heighten the tension even further.  The biggest storyline to this tie is who won’t be playing for PSG, and that is Neymar and Di Maria, who will at least miss the first leg.  While this is certainly a huge miss, the Parisian giants are stacked with talent.  Expect Icardi to start up top, with Mbappe, Veratti, and Moise Kean to lineup as forwards.  These players are blazing quick, and I am not quite sure that the Barcelona defense or midfield can handle their speed.

Messi has returned to elite form, but players like Antoine Griezemann will be hugely important to offer support.  Frankie De Jong is Barcelona’s key figure in the midfield.  If Messi lacks support in attack, and PSG can stifle De Jong, Barcelona could face issues. There are just too many holes in this Barcelona squad, and while their form has been decent as of late, I think this European tie will be a reminder that Barcelona is not the force it once was.

I love this matchup.  The Leipzig defense has the worst goals against tally of any teams left in the Champions league, but that stat is a bit misleading.  Aside from their implosion in a 0-5 defeat to Manchester United, they have been above par. Leipzig present a fast paced attack that can score in bunches.  They are currently second in the Bundesliga, in which they have a strong defensive record.   It is also worth noting they earned second place in a tough European group with PSG and ManU.

On the other hand, Liverpool are in disarray.  Their goalkeeper, Allison has lost his mind.  They are on their third string of defenders.  Fabinho, one of the best defensive midfielders in the world, is out for the first leg.  Jordan Henderson, another fantastic midfielder, will have to play the backline.  Firmino has scored one Champions League goal in his last 16.  Thiago and Salah have been class as of late, but I am not sure it is enough.

With Leipzig’s strong back 4, and their high press, I think LIverpool are set to crumble, adding misery to an already rough campaign.  I think this will be less of a contest than many expect.