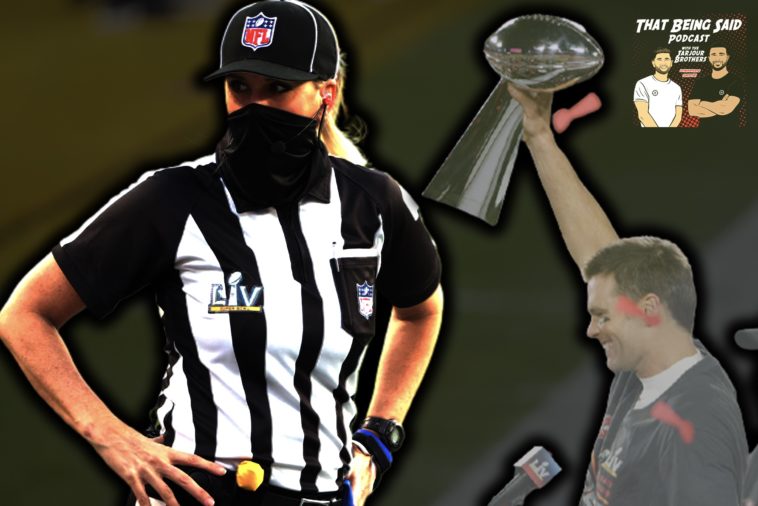 Many fans of the NFL respect Tom Brady but aren’t necessarily the biggest fans. These Twitter Trolls and frankly Tom Brady haters love to stir up fake controversies about him, cheating and referees. Well to add fuel to the fire, during the Super Bowl win for the Buccaneers versus the Kansas City Chiefs, Sarah Thomas, the female referee who made history by becoming the first female to officiate the Super Bowl made history because she has a son named “Brady” who is is 16 and was born after Tom’s second Super Bowl win.

Sarah Thomas, the female referee, who will make history in tonight's Super Bowl, has a son named Brady, who is 16 and was born after Tom Brady's second Super Bowl win.

Here’s the truth. Yes, everyone loves to pretend Brady is lucky and or a cheater but in reality it’s just hate. Whether or not Sarah Thomas was a fan of Tom Brady in the past, she would not risk the history she made by being the first female ref to officiate a Super Bowl just because of her son’s name. But of course the speculation is fun.