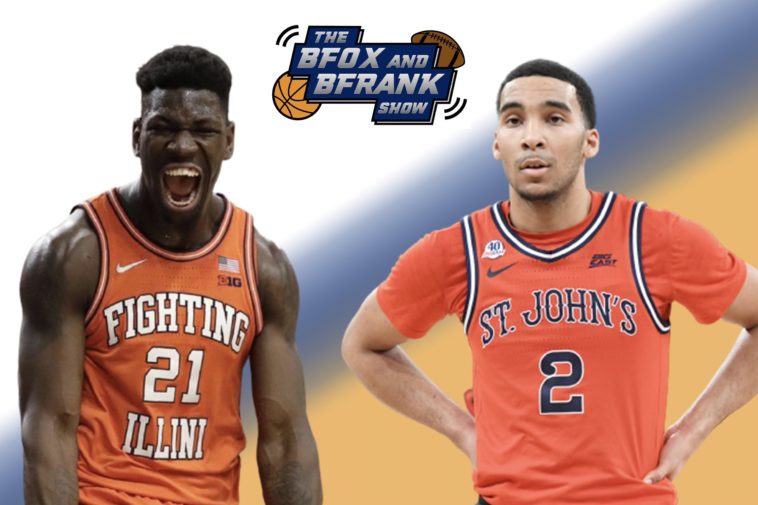 We like to stay positive on this show, but the College Basketball world made that task nearly impossible this week with all the upsets. As always, the Brians open the show with winners from the past week in College Hoops. This week B-Frank opened with his big winner out of the Big East, St. John’s. The Johnnies knocked off league-leading Villanova before beating Providence for their biggest week of the year. B-Fox gave a shoutout to Illinois and Missouri as both teams had huge weeks with the Fighting Illini beating up on Wisconsin and Missouri giving Alabama their first SEC loss of the season. USC, Loyola Chicago, and Belmont also were mentioned in the winning segment.

On the flip side, there were a LOT of losers in College Basketball, starting with Iowa. The Hawkeyes were swept by B-Fox’s Indiana Hoosiers and looked very bad in both losses. In the Big 12, Kansas and Texas both had bad weeks with Kansas dropping completely out of the Top 25. Houston decided against playing Gonzaga this past weekend and lost mid-week to East Carolina, Drake suffered their first loss of the year against a sub-par Valpo team, Saint Louis has struggled since returning from their COVID pause. Meanwhile, Creighton has been very up-and-down in Big East play and they showed that again this past week, and Florida suffered a setback against a bad South Carolina team.