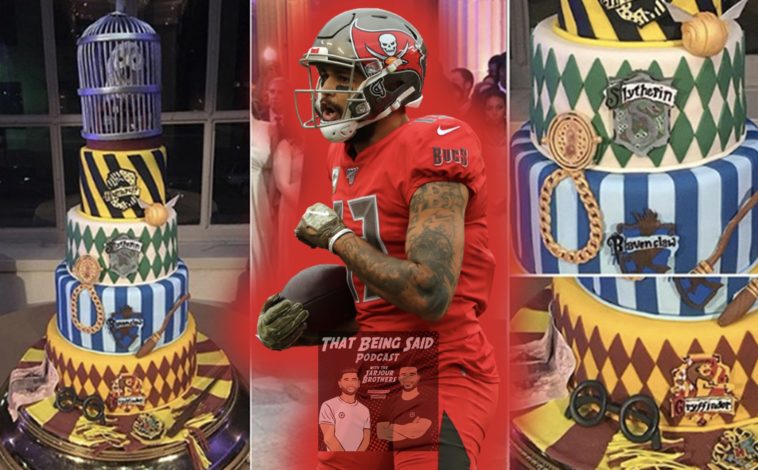 Mike Evans has been public about his affection for Harry Potter. So much so, that he even said it was the greatest movie franchise in history.

Harry Potter is the greatest film franchise of all time

How is wife agreed with this? I am not sure. But I can’t say I fully support a movie themed wedding cake. We discussed on an episode of Pod That: