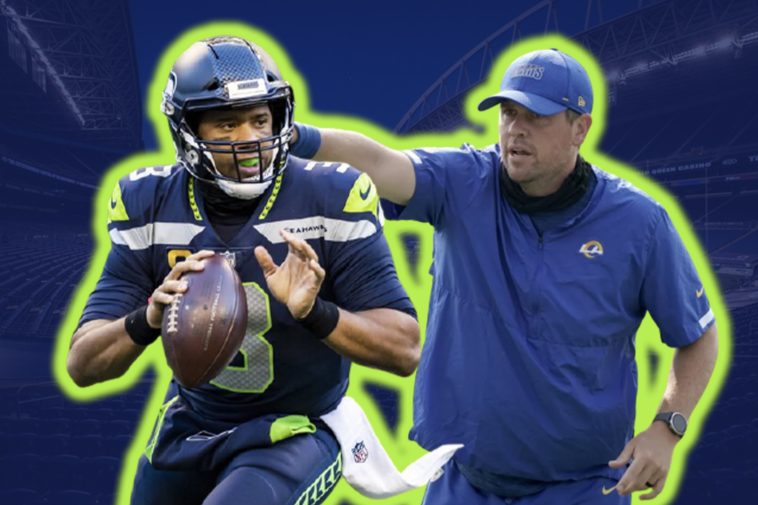 With the Seattle Seahawks firing offensive coordinator Brian Schottenheimer following the season-ending playoff loss to the Los Angeles Rams, the team set out in search of a new man for the position.

After what seemed like an abundance of interviews, the Seahawks decided to hire the Los Angeles Rams passing game coordinator Shane Waldron. Waldron spent the past four seasons with the Rams as a tight ends coach in 2017 before being promoted to passing game coordinator in 2018. He made the switch from coaching tight ends to quarterbacks in 2019. Before his time with the Rams, Waldron spent time with the Washington Redskins (now the Washington Football Team) and the New England Patriots.

In an official statement from the Seahawks, head coach Pete Carroll said, “We are really excited to bring Shane Waldron to the Seahawks. His creative and competitive approach to the game will bring out the best in our players and coaches. Shane also brings great knowledge and insight about our division. His vision for the future, along with the caliber of players on our offense, made him a must get for us.”

On top of hiring Waldron, Seattle also hired Andy Dickerson, who will take over as the Seahawks run-game coordinator. Dickerson, the longest-tenured member of the Rams coaching staff, spent nine seasons with the team as their assistant offensive line coach. Dickerson is taking the position of Brennan Carroll, who was hired by the University of Arizona as their new offensive coordinator.

What makes things interesting is the fact that Seattle was able to take not one, but two coaches from an NFC West division rival. While it’s probably not going to harm the Rams, especially with the recent acquisition of former Lions quarterback Matthew Stafford, it means they’ll have to make some new coaching hires this off-season.

In a 2018 interview with Rams head coach Sean McVay regarding Waldron, McVay praised Waldron’s coaching abilities. “He’s a phenomenal coach. He’s a great communicator. He’s got a rare ability to authentically and genuinely connect with not only coaches, but the players and be able to correct in a manner that doesn’t make guys’ guards come up. It’s all about problem-solving and doing it together. He’s obviously done a phenomenal job, really mainly as a leader for our offense, not exclusively to just being a pass-game coordinator.”

McVay also said he would be “extremely disappointed, selfishly, if we lost him, but so happy if that’s something that he felt like was next for him and his family. There’s no doubt about it, he’s a great coach and he’s certainly ready if that’s the next step that he decides he wants to take.”

While this interview was in 2018, Waldron has continued to prove his coaching abilities with the Rams. Of course, Sean McVay is a great coach and has taken the Rams to the playoffs in three of his four seasons with the team, including an NFC Championship in 2018, but every member of the Rams coaching staff is also responsible for this success.

We know that Pete Carroll wants to shift the focus this offseason the running the ball more effectively, and the combination of Waldron and Dickerson seems like the perfect fit with that in mind.

These are slight changes in tendencies between both teams, but Waldron will bring a new play-calling style to the table which could prove to be huge for Seattle. We can only hope that Waldron and Dickerson can take advantage of Russell Wilson’s abilities as well. That was a huge concern from Brian Schottenheimer’s time with Seattle, but hopefully change is good for the team moving forward.

February 2 Update: Brian Schottenheimer was hired by the Jacksonville Jaguars to be their new passing game coordinator. He will work under the new Jaguars offensive coordinator Darrell Bevell, who Schottenheimer replaced in Seattle in 2018.